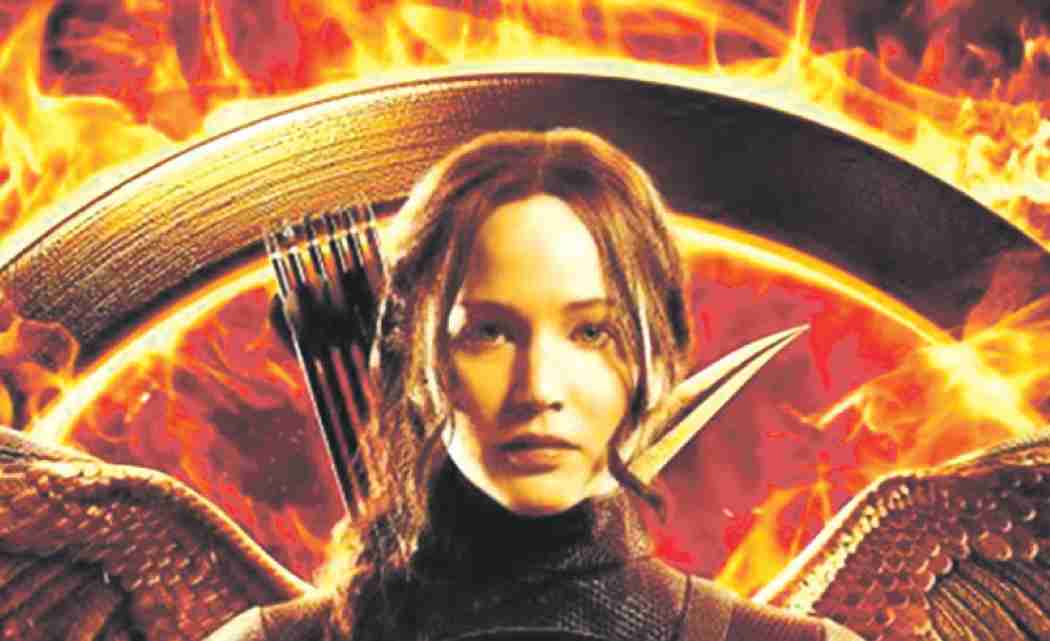 Poet Gil Scot-Heron once said in his poem of the same name: “The revolution will not be televised.” It meant that the people should get involved in the revolution, thereby they would have first-hand knowledge of the revolt, rather than what is spoon-fed to them by the media. This may be what Suzanne Collins had in mind when she wrote Mockingjay, which has just been adapted into two films in The Hunger Games franchise. The first, The Hunger Games: Mockingjay, Part 1, was released last week.

In the film, the districts get involved in the revolt against The Capitol and President Snow (played by Donald Sutherland). In this dark installment (in tone and visually) we see our favorite Katniss Everdeen (Jennifer Lawrence) residing in the rebellious District 13 as the Mockingjay for the rebels and using media to her advantage against President Snow, who has decided to crush what he calls “the radicals” of all of the districts to make an example out of them.

In screenwriters Peter Craig and Daniel Strong’s adapted script, Katniss is a reluctant hero and her main concern is her love for an absent Peeta (Josh Hutcherson). It is Peeta’s plight as prisoner of the Capitol that helps spark Katniss into being the Mockingjay of the rebels. Being that Peeta is being used as a pawn by the Capitol, this is also Peeta’s story. Is he being forced to tell Katniss to stop the revolt or does he truly believe that the people of the districts are wasting their time? Time will tell.

In the meantime, director Francis Lawrence (no relation to Jennifer) has padded his film with quite the roster of talented actors. Julianne Moore takes the helm as the stoic District 13 President Alma Coin. Alma’s district is what Haymitch Abernathy (Woody Harrelson) calls “The Prohibition Era”. Everyone wears high-waist, dark gray jumpsuits and there is no alcohol or much color to this underground district.

Much to the chagrin of Effie Trinket (Elizabeth Banks), who has to create her own outfits from the drab, this district has been training and preparing for war against the Capitol. Complete with heavy artillery and a bunker deep inside of a mountain surrounded by lush, untouched nature, this district was built for rebellion. And, their secret weapon is Jeffrey Wright’s Beetee, who continues to give a stellar performance as the man with all of his muscle and war tactics residing in his intellect.

The late Phillip Seymour Hoffman returns as Plutarch Heavensbee, in one of the actor’s last performances. Despite the dark tone of the film – compared to the previous films – Hoffman manages to bring some lightheartedness to the movie. Plutarch represents the giddy hopefulness and faith that the other districts have in Katniss. Seeing Katniss as a sort of patron saint of their cause, Plutarch is integral to the making of Katniss “the Mockingjay”.

Of our young cast of key characters, Lawrence continues to make Katniss the weepy, yet strong hero of the districts. Hutcherson takes a really dark turn as Peeta and surprises the audience with a terrific performance. And, Liam Hemsworth as Gale Hawthorne has more than a few lines in this latest film and he gets to show some kind of emotion for Katniss. In all honesty, one seems a bit hard-pressed to really find the love that is supposed to be emanating from Gale for Katniss. Then again, maybe his smoldering love is bubbling up under the surface.

Lastly, the rest of the newcomers are an exercise in poise and talent. Natalie Dormer as Cressida, an escapee of the Capitol with a bold Mohawk, really takes her job as director very seriously. The Tudors and Game of Thrones actress is quite talented and one to watch. And, my new favorite actor is Mahershala Ali, who plays Remi Danton on House of Cards and Boggs in Mockingjay. When Ali is on the screen, he gives off a certain presence that gives his audience a surety that everything will be okay. Hopefully, he’ll get to stretch his acting muscles further.

Despite the darkness of this latest film in the franchise, if you have been a fan of The Hunger Games this film will not disappoint. The suspense and clear eyed look at what it takes to make a hero is can’t miss, as well. This girl is still on fire and the revolution is being televised.