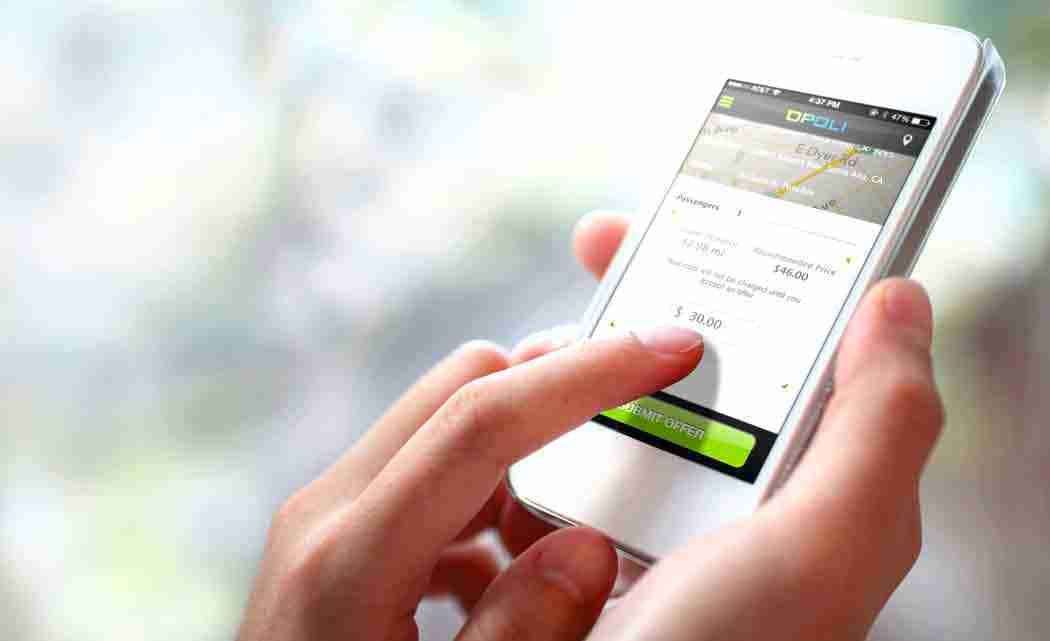 NEW YORK (AP) — Uber, Facebook, Instagram — sure, they’ve been all the rage, but in 2015 we’re all ready for something fresh. From ride-hailing to photo sharing, here are a few up-and coming apps and startups to watch. Which will be the breakout hit of the new year?

Instagram, which is owned by Facebook Inc., now has 300 million users — more than Twitter. Scrolling through its snapshot feeds gives users a quick glimpse into the lives of friends and strangers. (At least the parts that include empty beaches, cappuccinos with perfect foam hearts and smiling babies in clean clothes.) Its simplicity is part of its appeal. But what if you want to tell a longer story?

Enter Storehouse, a mobile app that promises to let you share “your stories, as they happen.” Instead of sharing one-off photos, Storehouse lets users combine photos, videos and words to share anything from a detailed recipe, to travel memories or a first-person documentary on the Yakuza. Storehouse was founded by Mark Kawano, who previously worked at Apple as a User Experience Evangelist, helping developers design iOS and Mac apps.

“Writers always had a great platform for blogging,” Kawano said recently. “But that hasn’t happened with photographers yet.” Other photo apps, he said, are just status updates in a visual form. Storehouse hopes to change that.

If you haven’t heard of Uber, you must never leave your house or watch the news. Many people also are familiar with Uber’s smaller rival Lyft, which burnishes its kinder, gentler image by slapping huge pink mustaches on the front of its cars. But more companies are queuing up to squire you around town.

In 10 cities in the U.S., including San Francisco, Seattle, Chicago and Los Angeles, you can order up a Sidecar. The service differentiates itself by letting passengers input their destinations when they book rides and sort drivers based on price, shortest ETA and favorites. In Los Angeles, there’s also Opoli, which lets drivers bid for your ride so you can decide which one to go with. You can pick your vehicle too, and make a reservation. Unlike many other app-based car services, Opoli also allows its drivers to work for competitors. Opoli doesn’t take a commission on a fare; its drivers pay a subscription fee to use the service.

Food-ordering apps such as Seamless have made it easy to order in. And if you want to venture outside, OpenTable and smaller competitors such as Reserve help you quickly book a table with their smartphone apps. But if you’d rather give your loved ones the personal touch, new DIY services will provide carefully measured ingredients and detailed recipes for even the clumsiest of cooks.

Sites such as HelloFresh, Plated and Blue Apron deliver weekly boxes of raw ingredients —  even including spices and, at least in the case of HelloFresh, water. The only things you’re assumed to have in your pantry are salt, pepper, oil and possibly butter. An upcoming “family plan” box for Blue Apron, for example, features chicken under a “brick” with rosemary, roast potatoes and broccolini; New England-style shrimp rolls with warm potato and kale salad; fresh pappardelle Bolognese with romaine, celery and apple salad and two-cheese pizza with iceberg chopped salad. The meals are quick to prepare, so if you’re tired of takeout and live in their delivery location, these services could spice up your diet. Or maybe help with that “eat-healthy” New Year’s resolution?

You’ve heard of WhatsApp, the nearly-free messaging app that Facebook paid $22 billion for a few months ago. And there’s Facebook’s own messaging tool, which was the year’s most-downloaded app (likely because you had to download it if you wanted to message people using Facebook).

That’s all so 2014. Why message people you know when you could instead check out Ethan, a messaging app that lets you do just one thing — message a guy named Ethan. He “may message you time to time” but cautions that he “can’t respond when he’s asleep.” Nothing if not honest, Ethan doesn’t want you to message him in an emergency, and will advise you not to fall in love with him. But want to plan a dinner-and-movie night? No problem. “Should I get Italian or Chinese for dinner?” (Answer: Italian) and “Gonna watch a movie on Netflix, what should I go for?” (Answer: The Room.)

Put that phone down

If your New Year’s resolution is to stop being so rude with your phone and talk to your friends face-to-face every once in a while, there’s an app for you, too. It’s called Moment, and it tracks how much you use your iPhone and iPad each day (sorry, no Android version yet).

If you are trying to cut back on your screen habit, you can set daily limits and the app will notify you when you exceed them. Moment Family, meanwhile, lets you monitor your whole family’s phone use — by looking at your phone.