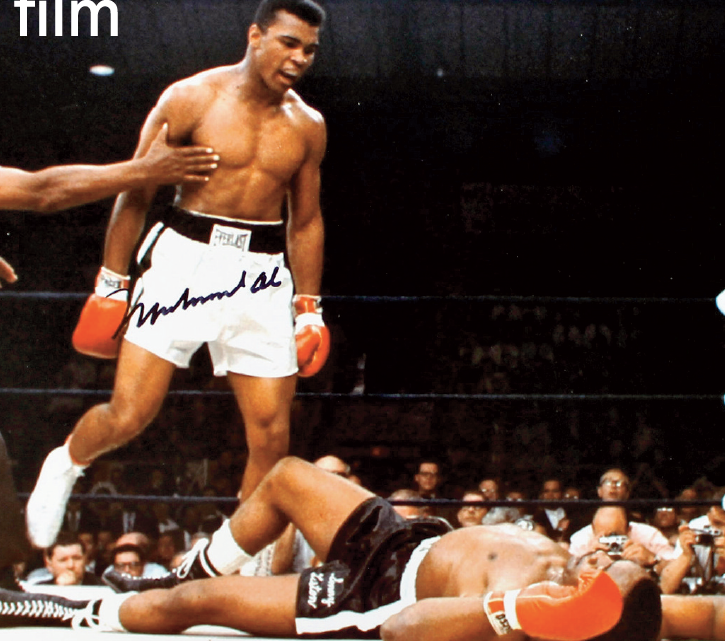 The South Miami-Dade Cultural Arts Center’s new independent film series is underway and a flick on boxing great Muhammad Ali that Sports Illustrated calls “richly textured and exhaustively researched…” will be screened.  The Trials of Muhammad Ali with director Bill Siegel will be screened on Friday, March 18 at 8:30pm and will be followed by a Q&A with the director.

The Trials of Muhammad Ali covers the explosive crossroads of Ali’s life. When Cassius Clay becomes Muhammad Ali, his conversion to Islam and refusal to serve in the Vietnam War leave him banned from boxing and facing a five-year prison sentence. Ali’s choice of belief and conscience over fame and fortune resonates far beyond the boxing ring, striking issues of race, faith and identity that continue to confront us all today.

Steven Zeitchik, from the Los Angeles Times said, “In its portrayal of a hyper-confident motor mouth, The Trials of Muhammad Ali leaves a clear impression. The fighter shook up America–and its assumptions about race–by being the opposite of Jackie [Robinson]: always talking, always reacting, always provoking.”

Kenneth Turan from the NPR Morning Edition said, “An intriguing portrait of a man who never wavered, no matter what the world threw at him, which was a lot.”

Tickets are $7 and can be purchased online at SMDCAC.org or by calling 786-573-5300. The Center is located at 10950 SW 211 Street, Cutler Bay. The films are part of the South Arts Southern Circuit Tour of Independent Filmmakers.

Next post Palm Beach library offers a night of food, vino and reading