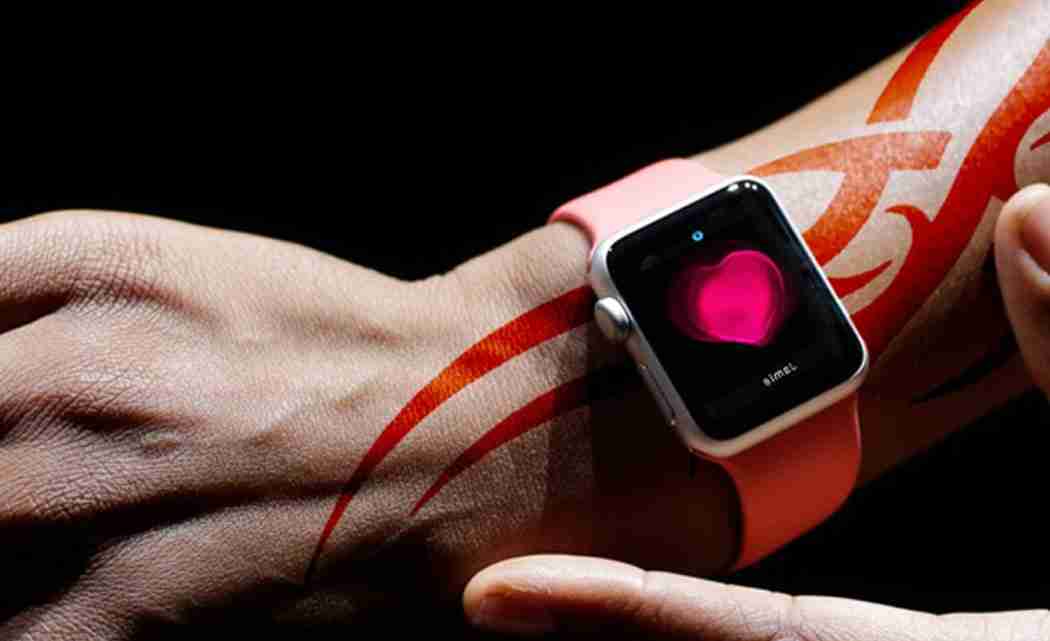 NEW YORK (AP) — It’s an annoying problem for the unlucky few: the Apple Watch’s heart rate monitor and even some other features might not work if you have a tattoo on your wrist.

Inked and irked Apple fans have dubbed the issue “TattooGate” on Twitter, complaining that they must choose between their body art and their stylish gadget. Apple, for its part, acknowledged the issue on its support website.

“Permanent or temporary changes to your skin, such as some tattoos, can also impact heart rate sensor performance,” the site reads. “The ink, pattern, and saturation of some tattoos can block light from the sensor, making it difficult to get reliable readings.”

Several watch owners complained about the problem on social media, even posting videos that show the watch working well on an undecorated wrist, but repeatedly locking or pausing when worn on an arm with a tattoo. Some said it appeared the watch’s screen-lock feature was triggering because the sensors thought the watch was not sitting on their wrist.

That was frustrating and “a bit embarrassing” for Graham Edgell, a Los Angeles printing broker who loves Apple products and was eager to show off his new watch to friends after his wife bought it for him. Edgell, 38, said he thought a software glitch was interfering with the watch’s message notifications and other features, until he heard about others having trouble with their tattoos.

Edgell solved his problem by moving the watch further down on his wrist, away from the dark floral tattoo that stops just above the cuff of his shirt sleeve. “When it was on the tattoo, it was as if it had lost connection with my skin,” he said. “Now it’s absolutely fine.”

The watch tracks heart rates through a common medical technique that measures how much light is absorbed by blood. An Apple representative referred a reporter to the company’s website, which explains “Apple Watch uses green LED lights paired with light-sensitive photodiodes to detect the amount of blood flowing through your wrist at any given moment. When your heart beats, the blood flow in your wrist — and the green light absorption — is greater.”

While the problem doesn’t occur with all tattoos, it may be more likely to affect people with dark red or black ink on the side of the wrist where they wear their watch, according to anecdotal accounts.

“So far it’s not been an issue,” said Nick Borelli, a 34-year-old marketing executive in Cleveland. He has a black tattoo on the inside of his wrist — but not the side where he has worn the Apple Watch. He added that he likes the watch but worries the glitch could affect a large “target demographic” of young, tech-savvy people with tattoos, who are likely to be interested in the watch as a gadget and fashion accessory.

The same problem may affect other fitness bands that use that method. At least one tattooed owner of a Fitbit device posted a similar complaint on the Reddit online forum in January. In a statement, a Fitbit representative didn’t address that complaint directly but said that with all heart-rate monitors, “accuracy is affected by personal physiology, location of wear, and type of movement.”

If tattoos can interfere with the way light is absorbed through the skin, there so far doesn’t appear to be a problem with dark skin or scars. Some experts say natural skin pigmentation wouldn’t block the green light used by Apple, although researchers at the University of California, San Francisco, have found dark skin can affect the results of blood oxygen sensors that use infrared light.

The tech industry has confronted problems with skin coloring in the past. Microsoft and Hewlett-Packard both fielded complaints several years ago about facial recognition sensors in gaming consoles and computers that struggled to detect people with dark skin. Both companies suggested poor lighting interfered with the sensors’ ability to measure the contrast between eyes and other facial features.

As for the Apple Watch issue, some social media users have mocked it as a complaint from spoiled hipsters. Others wondered how it happened that Apple didn’t have a single designer or tester with a wrist tattoo who would have noticed the problem. Apple suggests that users who can’t get a consistent heart rate reading connect their Apple Watch wirelessly to external heart rate monitors.