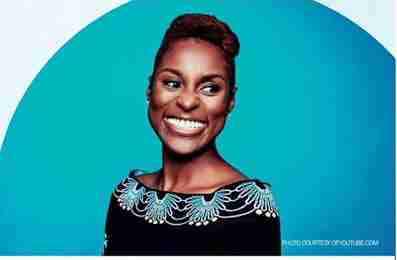 NEW YORK (AP) – Issa Rae’s character on the hit series “Insecure,” who works for a nonprofit, does what most people in need of extra cash do: She becomes a Lyft driver.

But the idea of making the show’s lead character a part-time driver came from Rae’s own experience: The actress said she applied to become a Lyft driver and was rejected.

“I did the application, went to go get my stickers and (stuff) but then got denied because I had one traffic infraction in 2014 … so I didn’t get to do it. I told the writers’ room … (and) they were so tickled at the idea that I would be a Lyft driver,” she said. “In thinking about just the rideshare phenomenon and how so many regular people are using it to make extra money, just the stories that come from that, it just made sense for Issa to have that as a side gig and all the awkward situations that could arise from being a Lyft driver.”

Rae had applied to drive for Lyft when she had driven to Malibu last year to write the first episode of season two of “Insecure.” She said she filled up the rental car with gas and had extra, and wanted to make use of it.

She said her show and Lyft don’t have a deal though: “HBO doesn’t really allow that.” “It’s great that HBO is like, `Nah, we’re not taking any brand input,”’ she added. “Oddly enough, for a later episode we got into some trouble because some brands aren’t about it.”

Season three, which returns Sunday on HBO (10:30 p.m. ET), picks up with Rae moving in with her ex, Daniel, and dealing with not being in the field for her full-time job because of a mistake she made. The 33-yearold, who earned her first Emmy nomination this year for her leading role in the show she created, explains how Jay Ellis reacted to not being a part of season three, the fashion statements she’s made and appearing in Drake’s “Nice for What” video.

THE TEA ON SEASON THREE

Heading into the third season of “Insecure,” Rae had a goal: She didn’t want her show to feel predictable or stale. So she dug deep to write eight new episodes, calling the process challenging – but “in an exciting way.”

“This season was harder – just because we closed so many doors last season. It felt like we were starting from scratch in a way,” Rae said. “When you get into a third season show you kind of feel like you know it. And even as writers you get a bit complacent like, `We know this (stuff), we know what we’re doing. We know who these people are. We got formula.’ And that’s what you never want.” She spent six months writing the episodes and three months filming. It all started with a retreat that she and executive producer Prentice Penny went on to discuss their thoughts for the season.

“It is scary,” she said of adding new elements to the show and switching it up, “because you’re like, ‘People are used to what they’re used to.”’ “But knowing where we took it overall, I’m very proud of it,” she added.
BOY BYE

Most of the headlines surrounding the return of “Insecure” were about how Jay Ellis’ character, Lawrence, would no longer be on the show.

But how did Ellis take the news when Rae delivered it?

Rae laughs when asked the question, then says: “It took a while because we were like, ‘Oh maybe he’ll show up, maybe he’ll show up.’ We just didn’t know truthfully what was going to happen and after all we were just like, `We have to tell him, because he could be working on something else.’ Don’t want to waste his time.”

“It was just a phone call. He took it really well,” she said.

Fans petitioned for Rae to bring Lawrence back on the show, but the creator said while she adores the show’s fans, she’s not interested in “creative feedback.”

“If you’re predicting the show, then we’re not doing our job,” she said.