Jacket from the ‘The Wire’ sold at auction to a McNulty 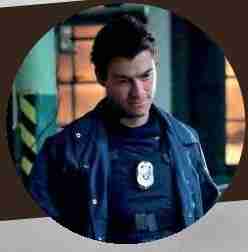 BALTIMORE (AP) – A jacket worn by fictional detective Jimmy McNulty in the popular HBO television series “The Wire” has been sold at auction to a real-life McNulty.

The Baltimore Sun reports that a blue jacket worn by actor Dominic West was sold for $3,350 Saturday at the Thomas Johnson Elementary Middle School Fall Festival.

West starred as detective Jimmy McNulty in the critically acclaimed drama and the jacket features a “J. McNulty” nametag.

The buyer, Kevin McNulty, has a son named James McNulty, so the nametag fits perfectly. Series creator David Simon had promoted the auction on his Twitter account. He tweeted that he slipped a bottle of whiskey into one of the pockets and included a signed script in the sale.

Proceeds are going to the Baltimore public education system.

Previous post PLAY IMAGINES WHAT HAPPENED during 'One Night in Miami...'