Jazz AT THE HAMPTON HOUSE 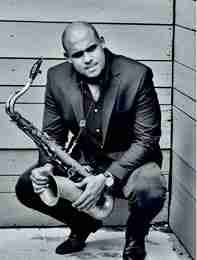 MIAMI – Back in the day, the Hampton House was frequented by legends like Muhammad Ali, Malcolm X, Martin Luther King Jr. and more. The beloved venue was remodeled a few years ago and is the place for live music and other performances. Jazz lovers can catch live performances each month.

In 2017 Salvent was awarded a full tuition scholarship from the University of Miami Frost School of Music to pursue a Doctorate of Musical Arts in Jazz instrumental Performance from the Saxophone Studio of Prof. Gary Keller.