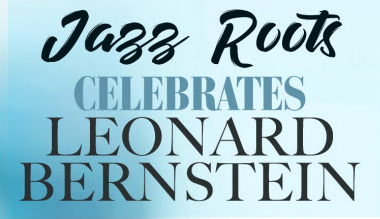 “We are excited to open our Jazz Roots season with this distinctive tribute to a true musical icon,” said Liz Wallace, Arsht Center vice president of programming. “With this concert we join the worldwide centennial celebration of Leonard Bernstein’s musical genius.”

A genre-busting genius who composed symphonic, keyboard, musical theater, jazz and ballet masterpieces; conducted the world’s greatest orchestras; recorded dozens of best-selling, Grammy-winning albums and nurtured the love of classical music in millions of Americans through his groundbreaking television specials, Bernstein has been honored and celebrated this season by arts organizations, festivals and venues throughout the world.

The Jazz Roots concert will feature some of the 20th century’s most iconic music reinterpreted and reimagined for today.

Soulful, passionate and stirring are words most often used to describe Whalum’s music. Forged from his Memphis gospel roots and his 1980s initiation into the thriving Houston nightclub scene, his big, rich tenor saxophone sound is unmistakable. Whalum is the recipient of three Dove Award nominations, an NAACP Image Award

nomination and two Stellar Awards – gospel music’s highest honor. A 12-time Grammy nominee, Whalum won his first Grammy in 2011 for Best Gospel Song “It’s What I Do” featuring Lalah Hathaway. For decades he has been an in-demand session player for top artists like Barbra Streisand, Al Jarreau, Luther Vandross, Larry Carlton, Quincy Jones and most notably, Whitney Houston. It’s his sax heard on her mega-hit, “I Will Always Love You.”
With a career spanning over two decades, three Grammy Awards, 20 million albums sold in English and Spanish, and starring roles on Broadway, Secada is one of the first bilingual artists to have international crossover success. With a soulful, romantic voice, he is recognized as an international superstar by both fans and peers alike.

Callaway is one of the leading champions of the great American Songbook, having made her mark as a singer, pianist, composer, lyricist, arranger, actress, educator, TV host and producer.

Berg is the Jazz Roots artistic advisor, a Steinway piano artist and five-time Grammynominated arranger, orchestrator, and producer. He has appeared as a performer and lecturer throughout the United States as well as in Canada, China, Mexico, Europe, Israel, Japan, Romania and Venezuela. Recent projects include recording and/or performing with Tony Bennett, Seal, Lizz Wright, Andra Day, Clint Holmes, Renée Fleming, and Arturo Sandoval. An award-winning educator with 39 years of leadership in higher education, Shelly Berg is Dean and Patricia L. Frost Professor of Music at the Frost School of Music at the University of Miami.

“It is right, and it is thrilling to celebrate Bernstein’s genius at the Center,” says Berg.“From jazz to classical music, from the concert hall to theaters, movies and more, few artists have done more than America’s beloved Lenny to instill a love of music in performers and audiences alike.”