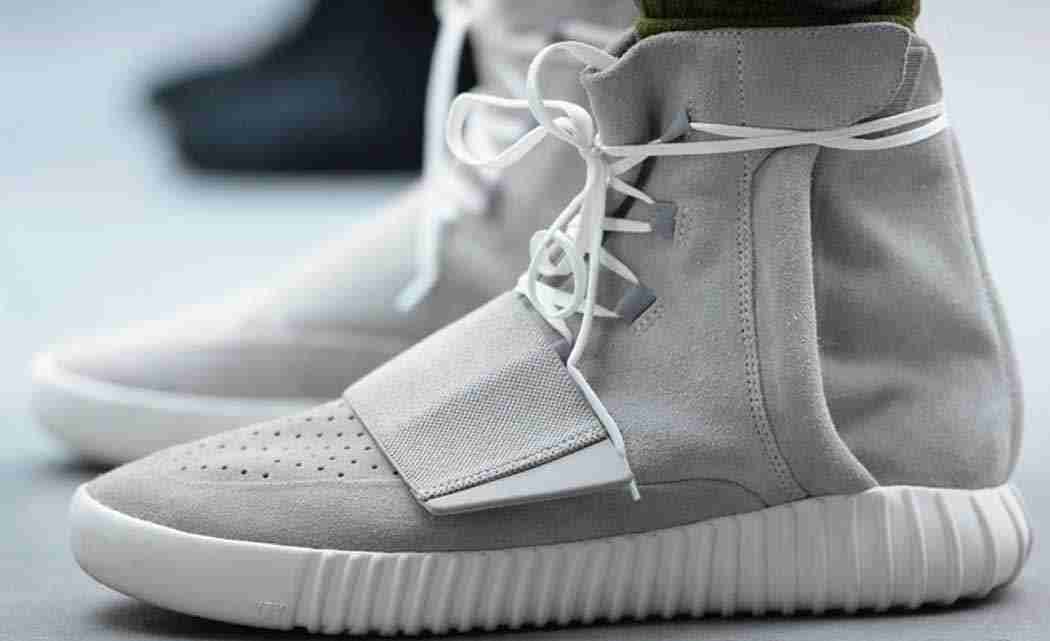 NEW YORK— With Beyonce, Rihanna and Diddy among the celebrity royalty in the front row, Kanye West rolled out his Yeezy Boost shoe line for Adidas as his baby North fussed in mama Kim Kardashian’s arms next to a stone-faced Anna Wintour.

Models, men and women, wore minimal neutral tights or black jackets to let the shoes shine in a tech-driven unveiling that included a simulcast of the presentation to 42 theaters on three continents around the world.

A mysterious Yeezy website with a countdown
clock went up to stoke excitement over the highly anticipated release, West’s inaugural
collaboration with Adidas Originals.

An app was set up to take reservations for the gray suede high tops, to be collected at Adidas and other stores in New York City only. Reservations were closed just a couple of hours later. Only 9,000 pairs of the 750 Boosts were sold, at $350 a pop. More reportedly will be available Feb. 28 worldwide.  Already there are reports that the shoes are selling on Ebay for $1,500.

At the fashion show, Kanye’s voice was on blast talking about art, freedom and fashion as the show opened in a cavernous space downtown, followed by the calming drone of a trumpet then a blast of loud, edgy music as his models stood solemnly in rows. They marched in lockstep to take their turn in front of a scrum of cameras before walking off in single file to make room for the next line.

Backstage after the show, West was chill and smiling, a pair of his new Yeezys with their thick white soles and wide strap across the laces in place. A side zip and front perforations complete the look of the lead style, which comes with a spare set of laces.

The rapper has big plans to create more Yeezys, for women and kids as well, after leaving Nike for Adidas more than a year ago.

He has spoken of the “isms” in fashion and in life — classism, elitism, racism. But on shoe launch day, after the crowd dissipated, he had no problems on his mind, refusing to talk about his Grammys diss of singer Beck, which he retreated from in a radio interview.

“I just focus on beauty, fabric, proportion and try to get the price where the kids can get a hold of it,” he told The Associated Press of his Yeezys after urging fans to avoid “shoe wars” and thefts and be patient for more of the shoes to come.