King wanted us to prosper 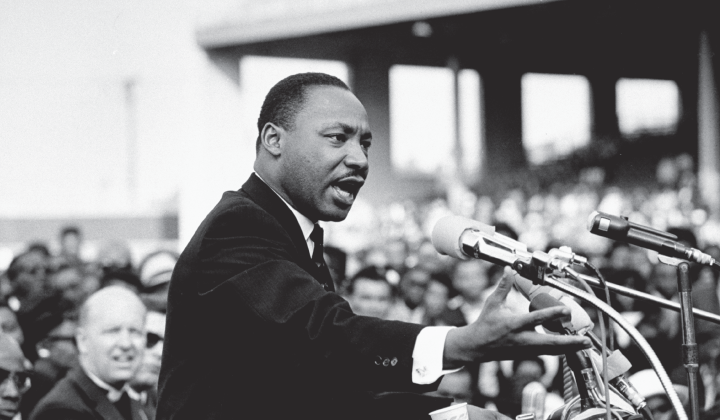 Martin Luther King Jr. wanted black folk to have access to everything that our white counterparts so freely enjoy. Being able to vote, to shop at any store, to dine at any restaurant and to attend any school are among the opportunities he fought for and many would say achieved to some extent with his peaceful Civil Rights strategy.

What King desired for blacks didn’t stop there. In addition to the liberties freely enjoyed by non-blacks, the Morehouse man wanted blacks to experience prosperity. He understood that, the importance of civil liberties notwithstanding, a man who was not able to find gainful employment and provide for his family might find it difficult to get excited about voting. A woman struggling to secure adequate housing for herself and her children will probably be too distracted to care about demands to shop at the downtown department store.

Before he was murdered in 1968, King was focused on eradicating poverty among blacks and was seeking solutions to what he saw as a major impediment to blacks being able to acquire a firm standing as citizens of the United States.

In his final book, 1967’s Where Do We Go From Here: Chaos or Community? King proposed an unconventional approach to dealing with poverty. He wanted the government to pay poor families a guaranteed, middle-class income. While the merits of his idea are debatable, the intention to help poor people to gain access to an improved quality of living is not.

“The curse of poverty has no justification in our age. It is socially as cruel and blind as the practice of cannibalism at the dawn of civilization, when men ate each other because they had not yet learned to take food from the soil or to consume the abundant animal life around them. The time has come for us to civilize ourselves by the total, direct and immediate abolition of poverty.”

This year’s MLK Special Section pays homage to King’s desire to eradicate poverty. We include financial wisdom from Trellanee Moore-Adderly, a financial professional with Axa-Advisors, LLC. Moore-Adderly staunchly believes that the key to eradicating poverty in the black community begins with educating children about money. The Urban League of Broward County works to help Ft. Lauderdale families to improve their quality of life by offering a variety of services, including employment assistance, a path to homeownership and other opportunities.

As we celebrate the life and legacy of Martin Luther King, let’s also consider his less popular, but extremely powerful wish to eradicate poverty by embracing financial literacy, seeking to build wealth and striving for prosperity.