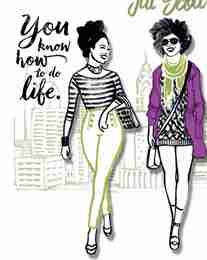 “The Mahogany brand is genuine, progressive and optimistic – values that are important to me and reflected in my music and poetry, and now, through my card collection,” said Jill Scott. “I was inspired by highlights within my own life – love, marriage, motherhood – in the writing behind these cards, and I am excited to be involved in a project that will give others another way to express their love to the people that matter most to them.”

Scott is a three-time Grammy Award-winning singer-songwriter, New York Times best selling poet, and critically acclaimed actress. Before having the number one album in the country with “The Light Of The Sun,” performing at The White House, being named People Magazine’s Top TV Breakout Star of 2010 and appearing on VH1 Divas alongside Aretha Franklin, the triple threat began her career collaborating with musical icons The Roots, Will Smith and Common in the late 90s.

Now she has collaborated with the creative team at Hallmark to develop design themes that reflected her personality, often including layers of vivid colors, natural textures and soothing metallics. Scott also helped set the editorial ‘voice’ and wrote many of the cards – opting for affirming, optimistic and genuine messages.

“Ms. Scott is more than a singer, songwriter and actress – among other things, she is a busy mom and wife, like many Hallmark shoppers who cherish and celebrate the important relationships in their lives, and this card collection is a reflection of that,” said Philip Polk, Vice President of Multicultural Strategy at Hallmark Cards. “Through this partnership, we were able to combine Mahogany cards’ messages rooted in inspiration, positivity and cultural connection with Jill Scott’s unique, bold and soulful editorial and design vision to create a one-of-a-kind collection.”

The Mahogany brand Jill Scott collections are now available online and at select Hallmark Gold Crown stores and mass retailers. In addition, seasonal collections for Valentine’s Day, Mother’s Day and Father’s Day will be available throughout the year.

Most recently, Scott starred in Get On Up: A James Brown Biopic, as DeeDee, the wife of James Brown. She also starred alongside Tyler Perry and Janet Jackson in the national movie series Why Did I Get Married? (Pt. 1 and 2), Baggage Claim, Steel Magnolias and Sins of the Mother, which aired on Lifetime and became the second-most watched premiere in the network’s history.

Scott was also casted as the lead character in the HBO/BBC miniseries filmed on location in Botswana, The No.1 Ladies Detective Agency, a Peabody Award- winning show directed by the late Oscar Award-winning director Anthony Minghella.

She released her highly anticipated fifth studio album WOMAN last year and went on a nationwide sold out tour. Scott is currently working on Lionsgate’s Coco and FX’s Snowfall.

In 2018, the Jill Scott Collection will expand to gifts including notebooks, mugs, trinket trays and pouches, which will be available at select Hallmark Gold Crown® stores. Visit www.hallmark.com/shopmahogany to shop online or www.greetings.hallmark.com/ mahogany/store-locator/ to find the nearest store.

Next post Dania Beach calls for artists and vendors for celebration