Kwanzaa: A Celebration of Family, Culture and Community 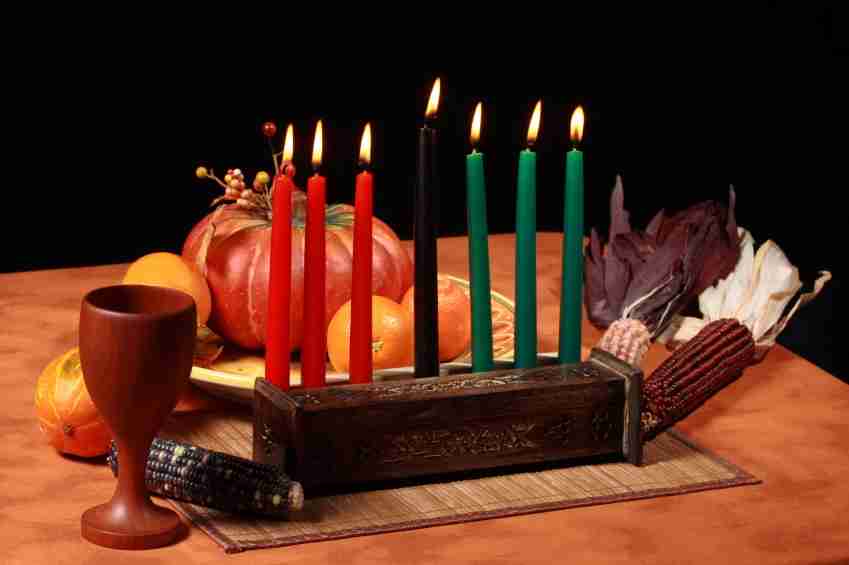 Kwanzaa is an African American and Pan- African holiday which celebrates family, community and culture. It was created in 1966 in the midst of the Black Freedom Movement by Dr. Maulana Karenga, professor of Africana Studies at California State University, Long Beach. Karenga is an author and scholar-activist who stresses the indispensable need to preserve, continually revitalize and promote African American culture. Kwanzaa reflects concern for being culturally grounded in thought and practice, and the unity and self-determination associated with this. It was conceived and established to serve several functions.

Celebrated from December 26 through January 1, its origins are in the first harvest celebrations of Africa, from which it takes its name. The name Kwanzaa is derived from the phrase “matunda ya kwanza” which means “first fruits” in Swahili, a Pan-African language which is the most widely spoken African language.

Ashantiland and Yorubaland. These celebrations are also found in ancient and modern times among societies as large as empires (the Zulu) or kingdoms (Swaziland) or smaller societies and groups like the Matabele, Thonga and Lovedu, all of southeastern Africa. Kwanzaa builds on the five fundamental activities of Continental African “first fruit” celebrations: ingathering, reverence, commemoration, recommitment and celebration. Kwanzaa is:

• a time of ingathering of the people to reaffirm the bonds between them;

• a time of special reverence for the creator and creation in thanks and respect for the blessings, bountifulness and beauty of creation;

• a time for commemoration of the past in pursuit of its lessons and in honor of its models of human excellence, our ancestors;

• a time of recommitment to our highest cultural ideals in our ongoing effort to always bring forth the best of African cultural thought and practice; and

Rooted in this ancient history and culture, Kwanzaa developed as a flourishing branch of African American life and struggle as a recreated and expanded ancient tradition. Thus, it bears special characteristics as not only an African American holiday, but also a Pan-African one. It draws from the cultures of various African peoples, and is celebrated by millions of Africans throughout the world African community. Moreover, people across the African diaspora celebrate Kwanzaa because it speaks not only to African Americans in a special way, but also to Africans as a whole, in its stress on history, values, family, community and culture.

First, Kwanzaa was created to reaffirm and restore our rootedness in African culture. It is, therefore,an expression of recovery and reconstruction of African culture which was being conducted in the general context of the Black Liberation Movement of the ’60’s and in the specific context of The Organization Us, the founding organization of Kwanzaa and the authoritative keeper of its tradition. Secondly, Kwanzaa was created to serve as a regular communal celebration to reaffirm and reinforce the bonds between blacks as a people. It was designed to be an in- gathering to strengthen community and reaffirm common identity, purpose and direction as a people and a world community. Thirdly, Kwanzaa was created to introduce and reinforce the Nguzo Saba (the Seven Principles).

These seven communitarian African values are:

Umoja (Unity), Kujichagulia (Self-Determination), Ujima (Collective Work and Responsibility), Uja- maa (Cooperative Economics), Nia (Purpose), Ku- umba (Creativity), and Imani (Faith). This stress on the Nguzo Saba was at the same time an emphasis on the importance of African communitarian values in general, which stress family, community and culture and speak to the best of what it means to be African and human in the fullest sense. Kwanzaa was conceived as a fundamental and important way to introduce and reinforce these values and cultivate appreciation for them.

Finally, it is important to note Kwanzaa is a cultural holiday, not a religious one, thus available to and practiced by Africans of all religious faiths who come together based on the rich, ancient and varied common ground of their ‘Africanness.’

*PLEASE NOTE” This content was summarized from Karenga’s, Kwanzaa: A Celebration of Family, Community and Culture, published in 2008 through University of Sankore Press (www.sankorepress.com). To learn more about Kwanzaa, visit the official website at www.officialkwanzaawebsite.org