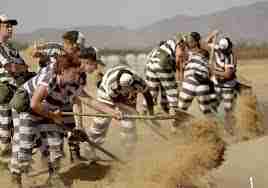 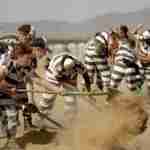 GREENVILLE, S.C. (AP) –  Three companies that had been using South Carolina inmate labor and paying below $2 an hour must now pay the inmates minimum wage.

Prisoners, who were doing such things as making license plates, refurbishing golf carts and recycling textiles, had not been considered manufacturing workers and did not fall under federal minimum wage laws.

The newspaper reported the 315 workers employed in such programs were being paid between 35 cents and $1.80 per hour, something black state lawmakers likened to slavery.

State Corrections Director Bryan Stirling has notified the three companies that they must now apply U.S. Justice Department prison industries guidelines, which include payment of at least the minimum wage, or they can no longer use state inmate labor.