Marvel Universe Live! in 3-D is coming to South Florida from Nov. 20-30 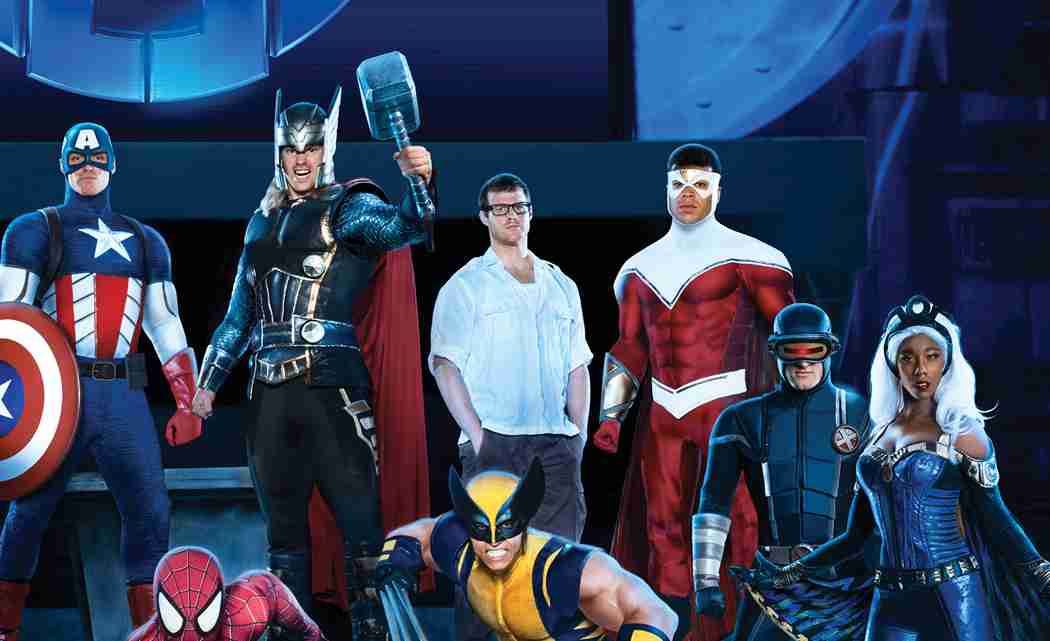 MIAMI — Fans of Marvel comics are in for a treat worthy of super heroes as their favorite characters come from the comic pages into 3-D in South Florida.

Organizers of the traveling show, called Marvel Universe Live!, ask fans to assemble as they take the live entertainment experience to a completely new level. Marvel Super Heroes including Spider-Man and The Avengers (Iron Man, Black Widow, Hulk and more) and assorted villains come to life in an action-packed arena extravaganza.

Produced by Feld Entertainment, Marvel Universe Live! will run Nov. 20-23 at the BB&T Center in Sunrise, and Nov. 28-30 at the AmericanAirlines Arena in Miami. Tickets start at $20 and are available at the box offices or via Ticketmaster.com.

One of the popular heroes is Storm, an African-American woman. In the show, Storm is portrayed by Chelsea Maria Hough of Nashville, Tenn. She started performing at the age of 3 and hasn’t stopped since.

After attending college for one year at both the University of Alabama and Western Kentucky University, she decided to pursue her dream of performing in front of live audiences and moved to L.A. where she danced and modeled. According to her bio, Hough aspires to eventually sign with a major record company and start a music career while also creating videos for special campaigns and charities.

Hough is a dedicated advocate of The Lupus Foundation of America, Multiple Sclerosis and the cure for Methicillin-resistant Staphylococcus aureus, or MRSA, a contagious and antibiotic-resistant staph bacterium that leads to potentially dangerous infection. Lupus and MS affect two of Hough’s family friends, her cousin died of MRSA and her aunt died of lupus.

Before starring as Storm, Hough was dancing in Germany under the direction of Helen Fischer where she performed in Menschen 2013 and the DieHeleneFischerShow. Last September her agents in L.A. sent her an email for the open call auditions for MarvelUniverseLive! She auditioned in L.A. and officially started in April 2014.

When it comes to playing her fierce alter-ego, Hough says the most challenging and exciting part is flying. Hough’s advice to aspiring young performers is “Do not be afraid to be yourself and do what you want to do. Being a performer goes far beyond the stage. The only way you are going to get anywhere is if you fail first because you learn from your mistakes, not by getting everything that you want.”

The show, which organizers bill as “family fun,” began the current 85-city tour Aug. 13 with a premiere at the Barkley Center in New York City. MarvelUniverseLive! will captivate audiences with an authentic and original story that brings more than 25 Marvel icons together on one epic quest.

In a storyline of the show, the Cosmic Cube, the source of ultimate power and one of the most feared and coveted treasures in the Marvel Universe, has been shattered into pieces by the Mighty Thor in order to prevent it from falling into the wrong hands. With the pieces scattered across the globe, Thor’s villainous brother Loki devises a scheme to clone its powers, inciting a threat that could not only decimate Earth but also obliterate the Universe.

You’ll definitely feel the energy with cutting-edge special effects, pyrotechnics, aerial stunts, martial arts, motorcycles and more. It’s being hailed as the most technically advanced live show ever. Join Marvel fans of all ages for this once-in-a-lifetime, monumental performance. The fate of the universe depends on it!