Millennials owe a debt to our forebears 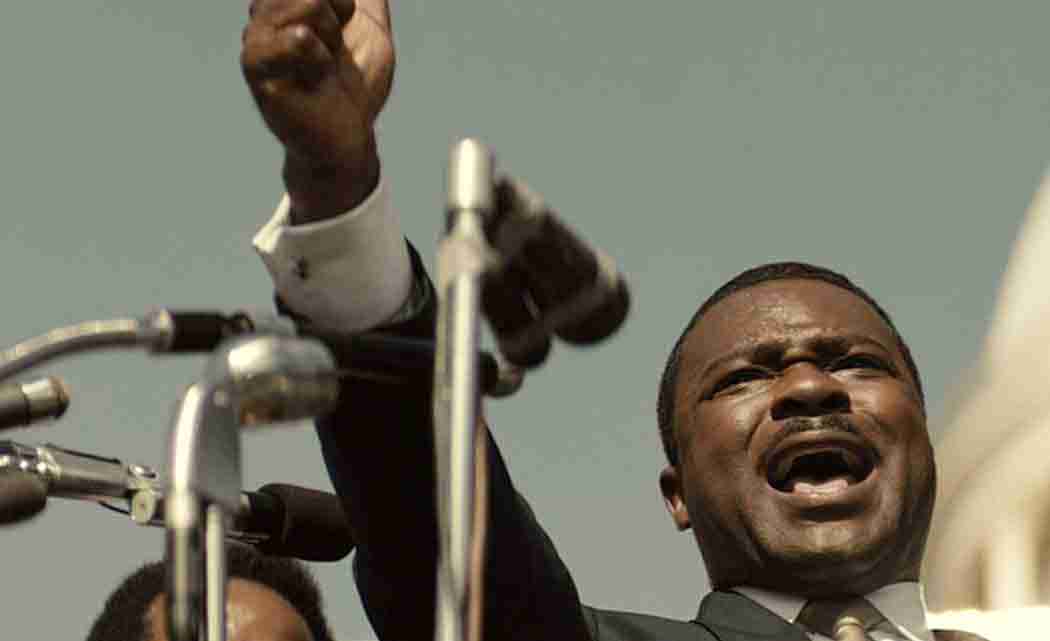 In Selma, screenwriter Paul Webb and director extraordinaire Ava Duvernay (with Oprah Winfrey and Brad Pitt amongst the producer roster of the film) have set out to tell the story of Dr. Martin Luther King’s historical march from Selma to Montgomery, Ala., to protest unfair voting restrictions against blacks in the south.  Once in Montgomery, Dr. King (played by David Oyelowo) will give a speech on the steps of the residence of Alabama Gov. George Wallace’s (Tim Roth). This march was the catalyst for the Voting Rights Act of 1965.

Selma has been given great reviews and honored with four Golden Globe nominations; which it deserves and more.  But, high praise is not the point of the film.  It’s to raise awareness, especially in young people — to remember where they came from and take their right to vote more seriously.  The theory is that when you have the right to vote, you can select a candidate who is qualified and willing to make things better within your community.

During a Q&A after a special screening of Selma, Bill Diggs, CEO of the (Alonzo & Tracy) Mourning Family Foundation, said: “There’s a tragic disconnect between the generations.  The young people need to go out and get the information for themselves and learn to re-educate the community.  But, you can’t learn it in 130 characters on Twitter.”

Before the freedom young people take for granted was declared unencumbered by the passing of the Voting Rights Act, in order to vote in Selma, blacks had to: get a registered voter to vouch for them, then pay a hefty voting tax, and their name and address would be listed in the newspaper so the lynch mob would know where to find them.

As a Millennial myself, I can give voice as to why young people don’t vote.  The candidates are all crooked and it’s hard to pick the lesser of two evils.  Voting will guarantee that you’ll get jury duty.  There’s no time to vote, because we have Instagram accounts to upload pictures to, Vine compilations to watch, and other social media to keep abreast of our every move and feeling.  Lastly, one less vote won’t matter.

However, Selma explains why all of the above reasons are not good enough reasons to not vote.  The young people of the African-American community are standing on the shoulders of their grandparents and great-grandparents who endured unspeakable violence or death for the right to affect change by submitting a voting ballot: that piece of paper that meant so much to those who couldn’t get their hands on it.  In essence, Selma is one of those great movies that comes along where the audience owes it to themselves to see the film and start a dialogue with the younger crowd about race relations back then and today.

Many blacks have fought for the ease of registering to vote, because it was a way to elect good representation within the judicial and legislative branches.  During the same Q&A, City of Miami Commissioner Keon Hardemon stated: “The film made me think about domestic terrorism, which was a tactic to produce terror to keep people from voting … to truly make change in our community, we have a responsibility to vote.”

Some of the harsh violence in the film, which includes protestors being beaten with night sticks and whipped like they’re on a plantation, reminds us that things have not changed much when it comes to police brutality.  With the media coverage of the rise of police-involved killings of unarmed black males, Selma is quite a timely film.  Young and old are protesting in the streets today, but is that enough?  In order to really make a statement, we need to focus on who we are electing.  Those individuals can create laws and procedures to enforce those laws.

As we Millennials age and the social media generation comes to adulthood, we are slowly and surely becoming the next leaders of our world.  Nevertheless, if Selma has taught us anything, it’s that to affect change, we have to go beyond the latest trending topic in the social media universe and actually get involved.

Next post Second City performs with mix of classic humor