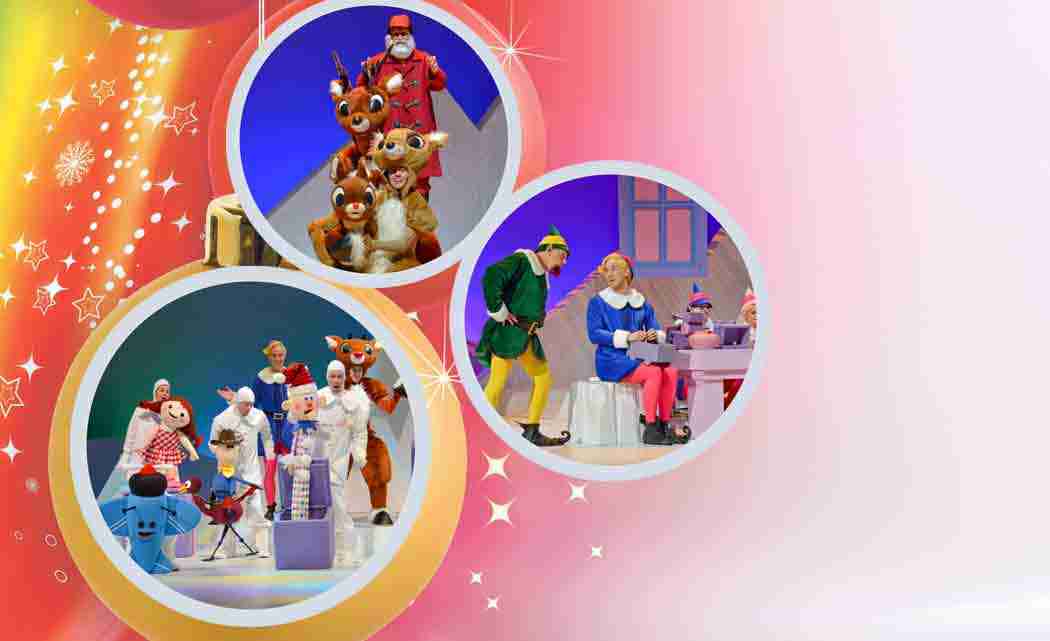 The tour visits 25 North American cities through Dec. 27. In South Florida, the show premieres Dec. 23 at the Kravis Center, 701 Okeechobee Blvd. in West Palm Beach. Shows are at 2 and 7 p.m.

The world’s most famous reindeer and his holly jolly cast of iconic characters including Hermey the Elf, Yukon Cornelius and the Abominable Snow Monster star in a musical so faithful to the original show that it practically transports audience members into a television special.

“Rudolph the Red-Nosed Reindeer: The Musical is a new tradition for families and theatregoers of all ages,” says producing partner Jonathan Flom. “Audience feedback has been overwhelmingly positive thanks to our creative team and the incredibly talented cast lead by Lexy Baeza starring as Rudolph.  Lexy won the role not only because of her experience and talent, but because she was able to emulate Rudolph’s voice better than anyone else.”.

The story tells the tale of a young Rudolph who, because of the appearance of his bright, shining nose, is ousted from the Reindeer Games in Christmas-town. He flees town, meets up with new friends Hermey and Yukon, and a series of funny and endearing adventures ensue including a visit to The Island of Misfit Toys. Rudolph journeys home, where a snowstorm of epic proportions is threatening Christmas. Can Rudolph save his family and friends and help Santa save the holiday?

This year, PACER’s National Bullying Prevention Center is encouraging parents to use the relatable story of Rudolph to address the issue of bullying with their children. Flom says, “Just like Rudolph, each of us shines bright in our own way. If we can embrace things that make us different, the world will be a brighter place.”

To help guide a discussion before or after watching Rudolph the Red-Nosed Reindeer: The Musical, parents and educators can access resources that use the story as a platform for teaching important lessons by visiting http://PACER.org/ShineBright.The touring version of Rudolph the Red-Nosed Reindeer: The Musical is directed by Dana Solimando and produced by Michael Cohl & S2BN’s  Alison Spiriti and Justin Sudds.

Next post Review: 4 shopping apps that will save you money