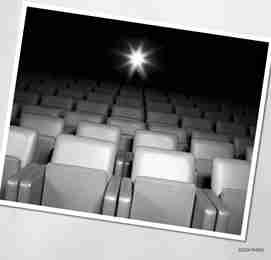 The company says Tuesday it’s expanding criteria to be a “Tomatometer-approved critic” and giving $100,000 to non-profit organizations to help offset the cost of attending film festivals.

The first $25,000 is going toward sending critics to the Toronto International Film Festival in September.

Rotten Tomatoes executives say the company is committed to advancing inclusion in criticism. The company will now look at an individual’s body of work, including on new media platforms, instead of a critic’s outlet or employer.

Movie streaming giant has a full fall slate of movies

NEW YORK (AP) – Between September and Christmas, Netflix will release at least 25 films in what may be the most extensive fall movie slate any studio has ever put together.

There will be one or two new movies released almost every week, many of them by the most sought-after filmmakers in Hollywood. Among them: Alfonso Cuaron, Tamara Jenkins, Paul Greengrass, Joel and Ethan Coen, David Mackenzie and Jeremy Saulnier. And that’s not even mentioning a new work from a long-unheard-from filmmaker: Orson Welles.

A year after “Mudbound” became Netflix’s biggest Oscar contender yet, the streaming giant’s programming push is headed into this year’s awards season with a wave of prestige and genre-movie reinforcements. Whether the Netflix tide will roll all the way into the Academy Awards remains to be seen.

Previous post Beyonce truly is one of the greatest