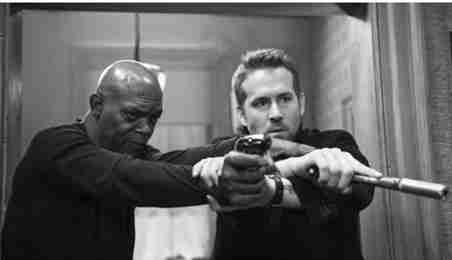 Samuel L. Jackson and Ryan Reynolds star in the action-comedy “The Hitman’s Bodyguard.”

NEW YORK – Hollywood effectively took the weekend off, resulting in the most dismal boxoffice result in 16 years.

An already slow August came to a screeching halt at the multiplex, where no major new releases were unveiled.

That left the Samuel Jackson-Ryan Reynolds action-comedy “The Hitman’s Bodyguard” to top all films for the second week with an estimated $10.1 million in ticket sales.

The horror film holdover “Annabelle: Creation” followed in second with $7.4 million in its third weekend. The “Conjuring” spinoff” has now grossed $77.9 million in total.

The Weinstein Co. animated release “leap!” was one of the few new films to hit theaters.

It earned a scant $5 million, according to studio estimates Sunday.

The entire slate of films grossed only about $65 million, the lowest total since September 2001.

Next post Beyonce partners with pastor to help hometown