Despite clichés, ‘Kingsman: The Golden Circle’ is a good sequel 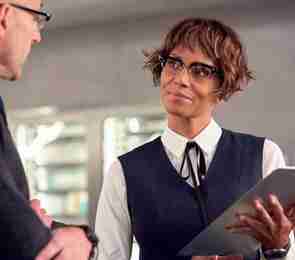 As action films go, there are things that any moviegoer can count on. Fight scenes. Car chases. Cool gadgets. To some, it would seem that the United States has cornered the market on action movies because our country puts out its fair share of the genre.

However, since the Brits think they do everything better than us, I will tip my hat to the U.K. for making an action film that is equal parts funny, low-brow and action-packed; Kingsman-style.

In “Kingsman: The Golden Circle,” our favorite street urchin turned hero, Eggs (played by Taron Egerton) is living the life as a Kingsman, when he is confronted by an old enemy.

A chase ensues and Eggs finds himself embroiled in a worldwide plot to hold mankind hostage while he fights the good fight with some formidable allies. Without giving too much away, the gist of the film is “don’t do drugs, kids.”

This mash-up of the U.K. and U.S. would seem like a good idea on paper. Both countries come together to face off against saccharine sweet, yet certifiable nut job villainess Poppy Adams (Julianne Moore).

In the script written by Jane Goldman and Matthew Vaughn (based on the comic book “The Secret Service” by Mark Millar and Dave Gibbons), we have a story that makes for a a good sequel good sequel.

It’s got heart and lots of laughs. But, that’s the surface of the film. The underlying theme of caring for humankind despite their flaws is really the theme, wrapped up in clichés about Americans.

Don’t get me wrong, the film is still quite entertaining. But, the tropes and stereotypes that Europeans have about Americans are right in your face. Goldman and Vaughn (both British and known for films like “Kick-ass,” “Kingsman: The Secret Service” and “X-Men: Days of Future Past”) have created characters who are from Kentucky and wear five-gallon hats and cowboy boots and speak the way people think Texans speak.

It’s what makes the film lowbrow. There are a lot of great things about Americans, but those things are lost in the film – up to and including an incompetent president who’s willing to sit idle while his country suffers.

Okay. That last sentence may not be a stereotype at the moment, but the rest are.

One of my favorite characters (which I’m loathed to admit) is Moore’s Poppy. Poppy (an American) is more than a little crazy and manages to always keep her sweetness; even when she’s doing things that make this critic want to upchuck; not to mention, her Americana surroundings are way too in-your-face. That said, Moore really has the crazy down pat.

On the British side, we, the audience, are gifted with a beefed up Egerton, who’s clearly spent time in the gym and on his acting. My other favorite character is Elton John as himself.

John does more than a mere cameo. He has a good time being a version of himself that’s got enough bite to make the audience enjoy watching him have fun. John reiterates that he’s more than just a stage performer. He’s got what it takes to be a real comedic charmer; and he’s good at kicking bad guy butt.

Lastly, Berry as Ginger Ale is kind of lackluster. The hairstyle that she’s forced to sport is not fitting for her face and she seems way too subdued. I get it though. She’s losing herself in the character, which is a computer technician/scientist with the most brains in the entire US operation.

However, I would have liked to see more from her than just vacant acting. Hopefully, she’ll be in the Kingsman ‘threequel’ and Goldman and Vaughn will give her more depth.

Despite the over-the-top U.S. clichés, the still ultra-violent and gory Kingsman is a good film to watch. It will make you laugh, cry, sigh, cover your eyes from the gore and make you not want to do drugs.

That’s a tall order and the Brits seem to know what they’re doing. So, the honor of latest and greatest action film goes to the U.K. It’s time for the U.S. to step it up and stop letting the Brits have all the fun. Ahem. “Thor: Ragnarok.”

Kimberly Grant can be reached at kaliciag@aol.com.

Next post You’ve got what you prayed for … now what do you do?