Did Parker’s rape allegations doom Birth of a Nation? 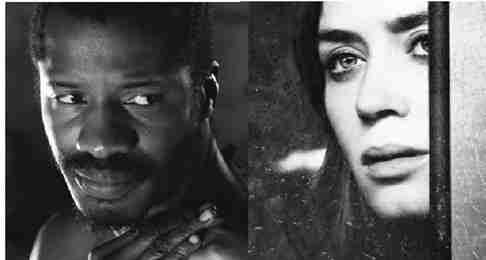 NEW YORK – Propelled by the popularity of Paula Hawkins’ best-seller, the fast-tracked big-screen adaptation of The Girl on the Train led North American theaters in ticket sales with $24.7 million, according to studio estimates Sunday. Less successful was Nate Parker’s Nat Turner biopic The Birth of a Nation, which moviegoers largely greeted with a shrug after a 17-year-old rape allegation resurfaced against its star and director.

The Girl on the Train, a psychological thriller starring Emily Blunt, appealed significantly to female moviegoers, who made up 68 percent of the audience, according to the film’s distributor, Universal Pictures. The film, directed by Tate Taylor (The Help), is about an alcoholic suburbanite woman who becomes embroiled in a mysterious disappearance. Released just last year, Hawkins’ novel went from best-seller lists to the top of the box office in short order. Dream Works acquired film rights to the book ahead of its publication. While reviews for the film were weak, Blunt’s lead performance was largely praised.

But perhaps the most closely watched opening was Fox Searchlight’s The Birth of a Nation. Playing in 2,105 theaters, the film opened with a disappointing $7.1 million.

The movie fetched a record $17.5 million at its much-lauded Sundance Film Festival premiere, where it was hailed as an Oscar contender and an answer to the then-boiling “OscarsSoWhite” backlash. But Parker became enveloped in a rape allegation from his past, when he was a sophomore at Penn State. Parker, who has maintained his innocence, was acquitted in 2001. The alleged victim killed herself in 2012.

As the controversy continued through the summer and fall (Parker appeared on 60 Minutes last weekend), Fox Searchlight worked in vain to direct focus back toward Parker’s movie. On opening night Thursday, protesters held a silent vigil for victims of rape and sexual assault outside a Los Angeles theater.

Paul Dergarabedian, senior media analyst for comScore, was hesitant to say how large a role the controversy played in the film’s performance.

“It’s hard to know, but considering the initial promise of the movie and all the positive talk about the film and its Oscar prospects, you would have figured that it would do more business,” Dergarabedian said. “Now it’s in the marketplace where the audience can decide how they feel about the movie.”

Next post Tasty and quick chicken with spinach in creamy sauce