‘Girls Trip’ is a movie journey you should take 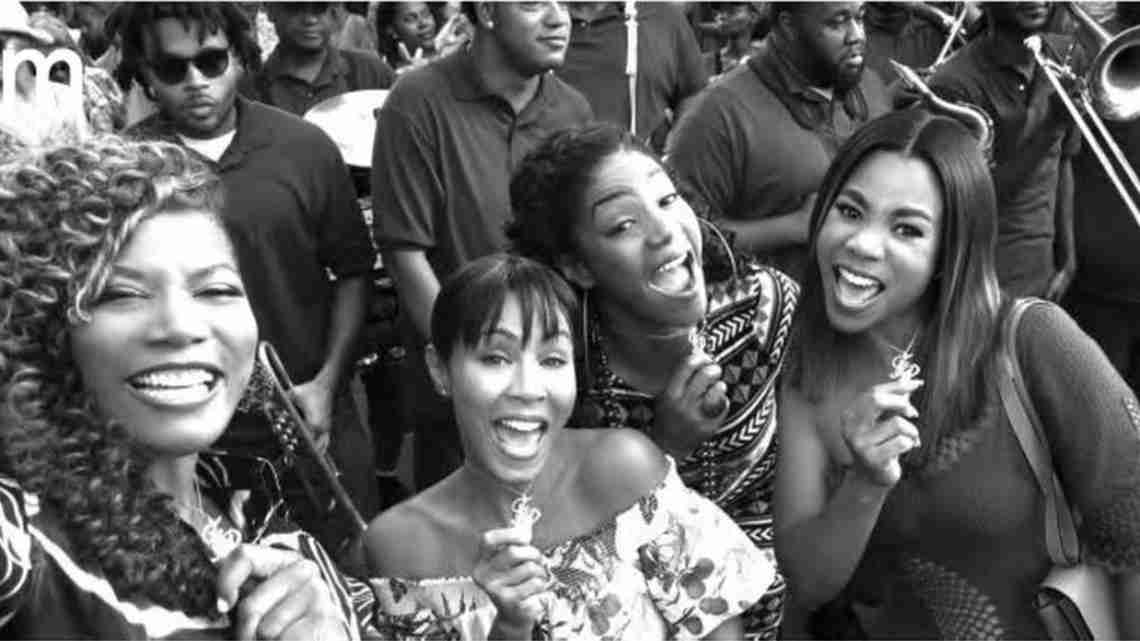 Have you ever seen something that was crude, raunchy and highly inappropriate, but it was so hilarious you couldn’t help but laugh?!

Those are my sentiments exactly about Universal’s latest comedic release “Girls Trip,” which opened in theaters last week.

Set during the Essence Festival in New Orleans, the film follows four close-knit friends – Ryan (Regina Hall), Sasha (Queen Latifah), Lisa (Jada Pinkett-Smith) and Dina (Tiffany Haddish) – who reunite for a girls trip after not seeing one another for five years.

Ryan is a successful author, businesswoman and motivational speaker who seemingly has it all with her former pro-athlete husband, Stewart (Mike Colter). Sasha is an award-winning journalist turned celebrity gossip blogger struggling to make ends meet. Lisa is a divorced mother of two who has become straight-laced and prudish over the years; and Dina is the loyal, straight-forward, hood girlfriend that every crew either has or needs.

If most women were honest, they would admit they see some of themselves (be it past or present versions) in at least one of the characters.

The quartet does everything from getting so high they start hallucinating and romping random objects in one scene to having a bar fight with some younger rivals in another. One of the most outrageous moments in the film occurs when Dina shows her friends “the grapefruit technique,” which Lisa later tries and fails at horribly.

But the film also incorporates much more serious messages about true sisterhood, self-worth and forgiveness. Though the plot is somewhat predictable, the film is far from boring or stale.

As expected, Hall, Latifah and Pinkett-Smith deliver stellar performances, but most may agree that Haddish is the real MVP in the film. Her portrayal of Dina is so hilariously authentic, you can’t help but fall in love with her despite her over-the-top methods. This is definitely a break-out role for her!

Add to that the eye-candy embodied in “Queen Sugar’s” Kofi Siroboe (who I still can’t believe is only 23) and Larenz Tate, who play Lisa’s much younger love interest and Ryan’s ‘one that got away,’ respectively, and “Girls Trip” has everything it needs to become one of black cinemas new classics.

Everything from the HBCU flashbacks (the quartet attended FAMU in the film) and hilarious antics of the Flossy Posse (the quartet’s name) to the way life can cause even the closest friends to lose touch and become consumed with their individual circumstances make the movie real and authentic.

During the American Black Film Festival held last month in Miami, Hall, director Malcolm Lee and producer Will Packer spoke on a panel about making the movie.

Packer said when they were initially shopping the film to studios, some asked that they include Latinas in the main cast. But Packer, who met his wife at the Essence Festival, said he wanted the film to be as authentic as possible “When you go to New Orleans for Essence Fest, you don’t see a crew that’s half black and half Latina. You see sisters,” Packer said.

When asked if they thought the film would have crossover appeal due to having an allblack starring cast, Lee said the film was one of the most relatable ever.

I would be remiss if I didn’t warn that the film does in fact earn its R-rating with crude language, nudity, drug use and other inappropriate content. To be honest there were times that I both cringed and cracked up at the same time.

There were also times I cried because I’m so empathetic and could relate so much to some of the deeper messages in the film.

Hats off to the cast and crew because, despite some of its wild content, I think “Girls Trip” is one movie-journey you won’t regret taking.