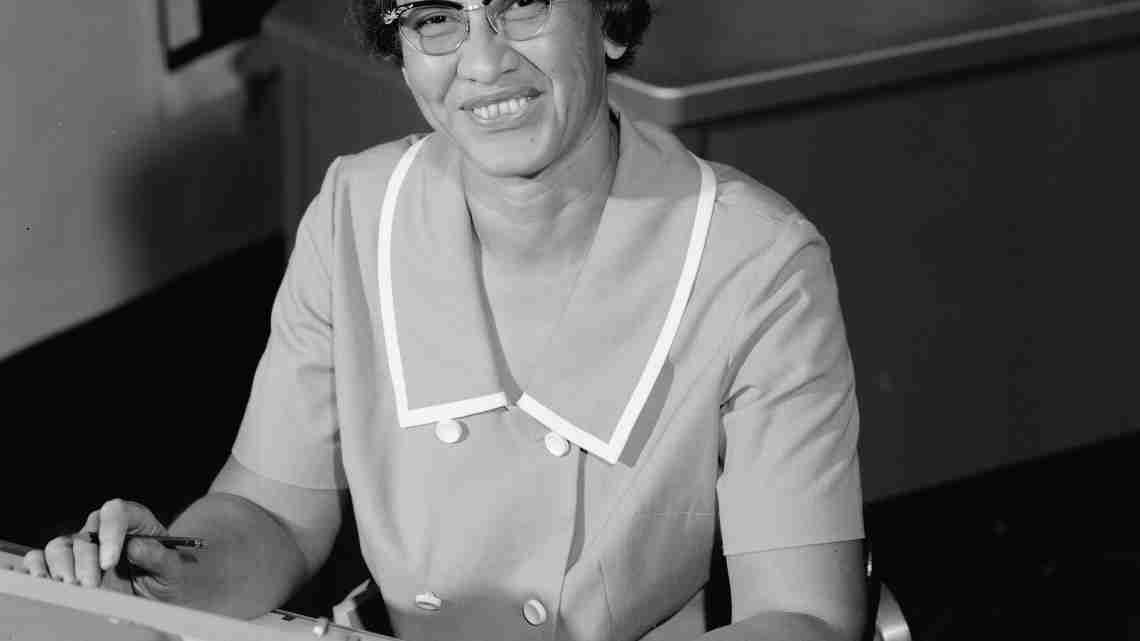 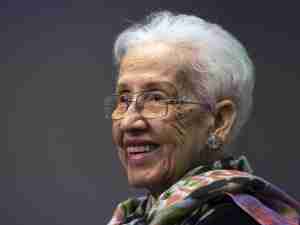 Being handpicked as one of three black students to integrate West Virginia’s graduate schools is something that many people would consider one of their life’s most notable moments, but it’s just one of several breakthroughs that have marked Katherine Johnson’s long and remarkable life.

Though it took almost a century for her story to be told, that didn’t stop Johnson from making history. Who knew John Glenn would not have orbited the moon without help from this brilliant sister who loved to count.

“I counted everything. I counted the steps to the road, the steps up to church, the number of dishes and silverware I washed … anything that could be counted, I did,” Johnson said.

Last year when Johnson was 98-years-old, the world found out just how important her ‘counting’

was to America’s history. Her legacy – along with that of her friends Dorothy Vaughan and Mary Jackson, who are now both deceased – was revealed in the acclaimed film, “Hidden Figures,” starring Taraji P. Henson as Johnson, Octavia Spencer as Vaughan and Janelle Monae as Jackson.

Since the film’s release, the three women’s contributions to America’s space program have been widely celebrated. It has also filled another huge gap in black, women’s and American history.

Born Katherine Coleman in 1918 in White Sulphur Springs, West Virginia, Johnson’s intense curiosity and brilliance with numbers placed her ahead several grades in school. By age 10 she was attending high school on the campus of West Virginia State College, where her parents sent her so she would not have to stop school in the eighth grade as was typical during that time.

At 14, she enrolled in the college itself, where she made quick work of the school’s math curriculum and found a mentor in math professor W. W. Schieffelin Claytor, the third African American to earn a PhD in Mathematics.

Johnson graduated college with highest honors and took a job teaching at a black public school in Virginia.

THE MOVE THAT CHANGED HISTORY

Johnson left her teaching job and enrolled in the graduate math program. At the end of the first session, however, she decided to leave school to start a family with her husband, James Goble.

She returned to teaching when her three daughters got older, but in 1952 a relative told her about open positions at the all-black West Area Computing section at the National Advisory Committee for Aeronautics’ (NACA’s) Langley laboratory, headed by fellow West Virginian Dorothy Vaughan.

Johnson and Goble moved their family to New port News to pursue the opportunity and she began work at Langley in the summer of 1953.

Just two weeks into her tenure in the office, Vaughan assigned Johnson to a project in the Maneuver Loads Branch of the Flight Research Division and her temporary position became permanent.

She spent the next four years analyzing data from flight test and worked on the investigation of a plane crash caused by wake turbulence. As she was wrapping up this work, her husband died of cancer in December 1956.

The 1957 launch of the Soviet satellite Sputnik changed history and, as a result, Johnson’s life.

In 1959, she also remarried to army veteran James A. Johnson

The following year NACA became NASA and Johnson’s work was a critical component of several high profile missions including Alan Shepard’s May 1961 mission aboard Freedom 7, America’s first human spaceflight; John Glenn’s orbit of the earth and the Apollo 11 mission. Johnson also became the fist woman in the Flight Research Division to receive credit as an author of a research report.

It is famously reported that before Glenn would depart for his mission, he called for Johnson to manually double-check the orbital equations controlling the trajectory the new IBM computers had produced.

According to NASA, the astronauts were leery of entrusting their lives to the computers because they were prone to hiccups and blackouts. During the pre-flight check, Glenn asked engineers to “get the girl” (Johnson) to run the same numbers through the same equations programmed into the computer, but by hand, on her desktop mechanical calculating machine.

Johnson said she remembers Glenn saying, “If she says they’re good … then I’m ready to go.” His flight was a success and marked a turning point in the competition between the United States and the Soviet Union in space.

A brilliant mathematician and physicist, Johnson worked for NASA for 33 years until retiring in 1986.

In addition to ‘Hidden Figures,” she has received various honors including honorary doctorates, a massive research facility bearing her name and the Presidential Medal of Freedom from President Barack Obama.

Even though she will be 99-years-old this year, Johnson considers herself a forever student.

“I like to learn. That’s an art and a science. I’m always interested in learning something new,” she told Peoplemagazine.

Earlier this year, she was given a standing ovation at the 89th Oscars Awards when she joined Henson on stage. Though the world thinks she’s an extraordinary pioneer, Johnson told People she was only doing a job she loved.

“I loved going to work every single day,” Johnson said. Her advice to girls who want to be like her?

“Find out what her dream is,” she told People… “and work at it because if you like what you’re doing, you will do well.”

Next post When Suzzette Turnbull couldn’t find a job, she created her own