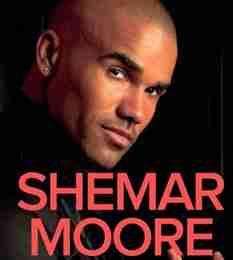 NEW YORK (AP) — When Shemar Moore’s new crime drama “S.W.A.T.” premieres Thursday on CBS, he will be the only minority to lead a prime-time series on that network, which has been criticized for not casting people of color in starring roles.

“I’m very proud of the opportunity but it also sheds light on a divide or an absence,” the 47-year-old actor said in a recent interview.

“I get this opportunity to hopefully shine and show my chops, but also then be bigger than me, and open doors for others and open minds.”

Moore appeared on the CBS daytime soap “The Young and the Restless” for eight years, then joined the cast of the network’s prime-time procedural “Criminal Minds,” where he played the role of Derek Morgan for 11 seasons.

He decided to exit “Criminal Minds” because he wanted to continue to grow and push himself.

“I knew what I was yearning for (was) something fresh and new that challenged me so I could be excited to go to work and not be comfortable in the beginning,” Moore said. “To earn my stripes, to earn my way. But as long as it was something that moved me, that inspired me.” “S.W.A.T.” is based on the 2003 film of the same name. It was also a 1970s TV series.

“I’m very passionate about this show for so many reasons because I’ve been in the game for 24 years and here I get to be a lead, I’m very proud of that,” he said.

“But I’m also smart enough and humble enough to understand that I can’t do this by myself so it’s not all about me.”

Moore plays Sgt. Daniel “Hondo” Harrelson, who is promoted after his predecessor is fired for accidentally shooting a black teen in South Central Los Angeles. Hondo wants to rebuild trust between his old neighborhood and the police.

“Art is imitating life,” he said. “Me, Shemar, is leading a cast, a supporting cast. I’m a producer on this show, so I get to give up my ideas to make the whole piece better, not just myself, just the whole show. I’m about the success of the show and the success of each individual that brings something to the table.”

Moore says his “S.W.A.T.” persona is tougher than his “Criminal Minds” character.

“Hondo is a bad dude in a good way,” he said. “Physically I gained 10 pounds from what people remember from my run on ‘Criminal Minds.’ I was a tough guy there, kickin’ down doors and tacklin’ guys, but what I tell my fans is Hondo is Derek Morgan from ‘Criminal Minds’ on steroids. Not just physically and, no, I’m not taking steroids. I just changed my diet, I got in the gym but also emotionally and mentally and the stakes that Hondo has to play with and the pressure that’s on him.”