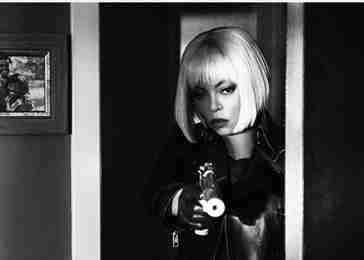 UNSALVAGEABLE: Although she has the acting chops, the movie is poorly written and the story isn’t good enough for Henson’s skills to save.

PHOTO COURTESY OF THE DAILY BEAST

I’m all for supporting people of color; especially talented black women who light up the screen whenever they’re on it. What I’m having a hard time supporting is a bad movie happening to a good actress. It’s becoming more of a trend for black women to carry a successful film and I love that; but, we need good content.

In Proud Mary, Taraji P. Henson plays the titular character who is a hit-woman for a crime family in Boston; until she grows a conscious after a hit. Now, she’s shooting her way through crime families to protect a little boy named Danny (played by Jahi Di’Allo Winston). Danny is an orphan forced to work as a drug dealer for a ruthless man who repeatedly beats him.

Mary’s actions create drama between her, her boss Benny (Danny Glover) and his super sexy son Tom (Billy Brown). A turf war between Benny and a rival crime family headed by a man named Luka (Rade Serbedzija) ensues. At the heart of the story are Danny’s need for stability and a good parental figure; coupled with Mary’s need to right her wrongs. Sounds decent-ish.

Imagine the pitch: Henson as a maternal-craving hit woman. It has potential, but is incomplete. There’s not enough in the story written by screenwriters Steve Antin, John Stuart Newman and Christian Swegal to anchor the film.

Mary’s fight to be the mother figure that Danny needs is commendable and Danny’s obvious need to be loved makes a good subplot; but it falls into the holes created by the main plot.

Director Babak Najafi went for more sleek than gritty with Mary’s beautiful silver Maserati purring through scenes, her super swanky apartment with its trendy furniture and awesome closet, and all the chic leather jackets the characters wear. It’s visually stunning and pays homage to a beautiful side of Boston. Thankfully, Mary isn’t constantly in skimpy attire.

Cool elements aside, the story doesn’t work with its overplayed trying-to-get-out-of-the-game plot centered on a lackluster love story and a hitwoman with no true plan for escape. It’s a shame, because the acting talent is there with Danny Glover and Margaret Avery, who plays his wife, Mina. The missing backstory (or parts that ended up on the editing floor); however, are key to making this film stick. There’s not enough in the beginning for the relationships to make sense and shore up the movie.

Weak plot aside, Henson, who also executive produced the film, is awesome. She’s literally and figuratively kicking a** and working it off to bring the magic and energy needed for this film not to be a total bore. Henson would have benefitted from a better story.

On to marketing. It’s disappointing to see how little effort was put into advertising this film. It’s almost as if there was a subplot for the film to fail to bring box office dollars. I hate to think that way, but it’s possible. You have a film about a black hitwoman who is pretty good at her job and not in need of a man to complete her life.

Nevertheless, Proud Mary, which seems based on the popular Tina Turner song of the same name, is still worth a watch because, even though there’s a lot of room for improvement, it could’ve been much worse. Also, be sure to pay for a ticket instead of downloading the movie, since the better it does at the box office, the better our chances to see more hopefully better written – films with women of color in lead roles.