Associated Press— June 16, 2011
(Associated Press)- Patti Austin has spent much of the past decade successfully recasting herself as a jazz singer, winning her first-ever Grammy for her 2007 CD, Avant Gershwin.
But her new CD, Sound Advice, mostly covers of tunes by Bob Dylan, Brenda Russell, the Jacksons and others, finds Austin returning to her soul, R&B and pop roots with an assist from producer-arranger Greg Phillinganes (Stevie Wonder, Michael Jackson, Toto).

Austin is at her best on her gospel-inspired take on Des’ree’s You Gotta Be that builds to a rousing call-and-response with the Fire Choir.

She rocks out and adds some soul to the Rolling Stones’ You Can’t Always Get What You Want, engaging in spirited interplay with her backup vocalists.

And on Bill Withers’ Lean on Me, she starts softly and ends with a soaring climax.

The 62-year-old singer’s still powerful vocals stand out even though some of the song choices are less inspiring: Paul McCartney’s Let ‘Em In and Depeche Mode’s ethereal Enjoy the Silence.

Austin shows a more intimate, restrained side on several acoustic “unplugged” arrangements on which she’s accompanied by pianist Shelly Berg, including a touching rendition of Don McLean’s Vincent and an under-stated, reflective My Way without the Frank Sinatra swagger.

CHECK OUT THIS TRACK
Amid the covers, Austin’s original gospel anthem, By the Grace of God, adopted as a musical theme by The National Coalition Against Domestic Violence, features a sparse arrangement with Berg’s piano and a background choir that highlights her inspiring vocals sung with heartfelt conviction.

Previous post Choreopoem honors the life of a lynching victim 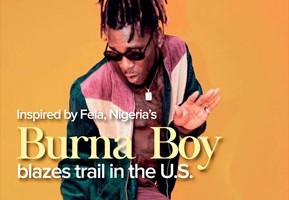