Beyonce reveals she had emergency C-Section with birth of twins 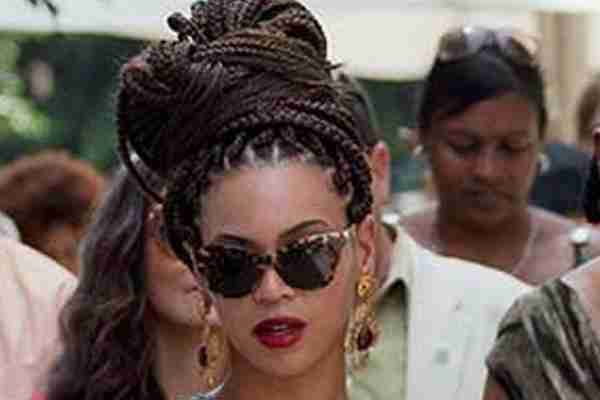 NEW YORK (AP) – Beyonce reveals she had an emergency cesarean section when she delivered her twins.

The singer, in a series of essays in September’s Vogue magazine, says she was 218 pounds and was swollen from toxemia. The 36-year-old says the twins spent many weeks in intensive care and her husband, Jay-Z, was”a strong support system.”

She says she put pressure on herself to lose weight in the three months after the birth of her first child. But after the twins, she approached things differently.

Beyonce says she has a”little mommy pouch” and she’s in no rush to get rid of it.

She says it’s important for her to help open doors for younger artists. Her photo is the first Vogue cover to be shot by an African-American photographer.

Berkeley police arrest 17 people, seize weapons in protest BERKELEY, Calif. (AP) – The Berkeley Police Department says it has arrested 17 people and confiscated weapons from a confrontation between alt-right protesters and counter-demonstrators in the city’s downtown. The department issued a tweet announcing the arrests and said”if necessary, we will continue to make more. We’re also continuing to confiscate weapons.”

The San Francisco Chronicle reports that groups of protesters surged along Berkeley’s central streets and squared off in Civic Center Park, where a small group of”anti-Marxists” sparred with those who came out to denounce them as white supremacists.

The newspaper says the confrontations ended by the evening.

The Chronicle says Berkeley police had prepared for possible violence by setting up barriers in Civic Center Park and by closing surrounding streets to vehicle traffic.

Next post Omarosa CASHING IN ON HER TRUMP CONNECTION