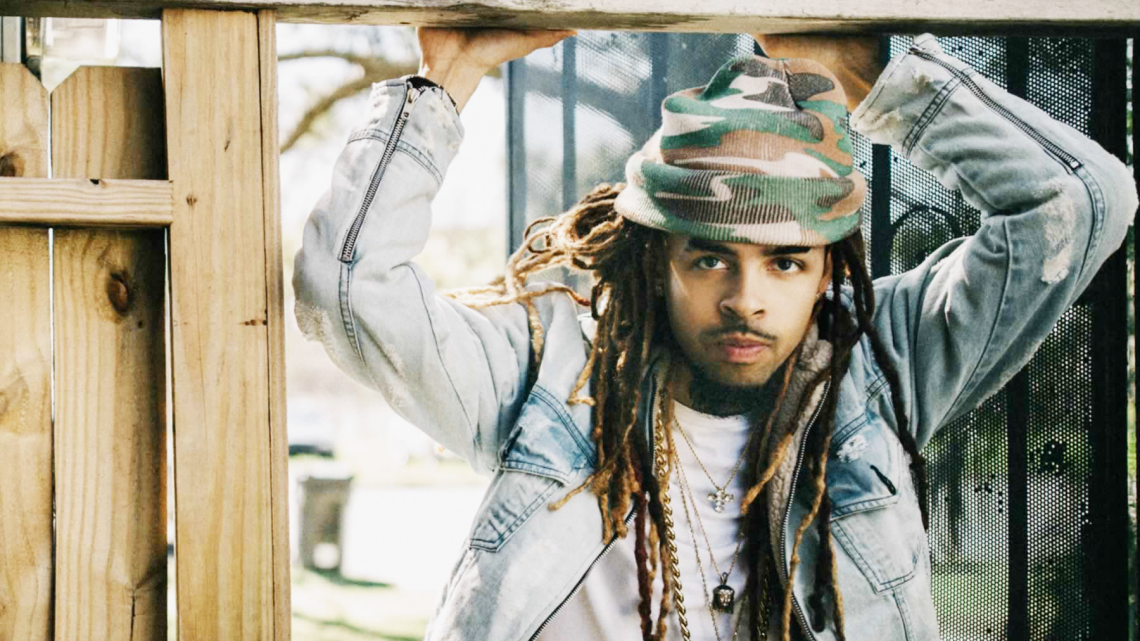 “Find your slingshot. Use your slingshot. Defeat your Goliaths.” That’s New Orleans-based rapper Dee-1’s message to the masses; and he’s delivered it with unrivaled passion, lyrical prowess and authenticity on his critically acclaimed major label debut album “Slingshot David.”

Set to begin the first leg of his nationwide “Slingshot David Tour” tomorrow (Jan. 12), Dee-1 did an exclusive phone interview with the South Florida Times to talk about his album and overall career.

“I had to go up to bat against my whole record label essentially to keep the concept of this album intact. It took almost a year to get it to come to fruition to actually see it through to completion, but that fight was worth it because I’m very pleased with the album that came out and the storyline of the album,” Dee-1 said.

The former middle school teacher – whose real name is David Augustine Jr. – still believes in dropping knowledge. The only difference is now his classroom includes millions of pupils and his sage lessons are laced over hip-hop beats.

Like his Biblical namesake, there’s a special anointing that makes Dee-1 stand out from the crowd. In an industry filled with artists who glorify vile behavior, Dee-1 is using his slingshot (the microphone) to encourage others to find and pursue their God-given destinies.

It’s the premise of his entire album, which tells his life story through 26 skits and songs. The skits are comprised of conversations he has with JoJo, his deceased best friend’s nephew; and every song has a different vibe.

“Slingshot David” is receiving tons of praise from fans and critical acclaim. In fact, the album was named the ‘Most Slept on Album of 2017’ by Hip Hop DX. Dee-1 said he is grateful for the impact his music is having.

“All this stuff is divine and I’m really sensitive to how God is working in my world and in my life right now so I’m on that ‘Destiny’ real hard,” Dee-1 said. Fans, he added, can expect a memorable experience at his tour.

“My goal is to make my shows memorable for people moving forward and for them to think ‘Wow that dude really sparked something in me.’ This was coming from deep within him.”

Dee-1 said his rapper persona and real life personality are interchangeable; however, David the man is just a bit more private.

“David is a lot more to himself. David wouldn’t be on Instagram Live ever,” he laughed. “Even just posting pictures or things like that … I’m an in your face kind of person so when I’m with you and in front of you, then that’s what’s important to me,” he said.

His advice to people who want to follow in his footsteps to leave their day jobs and pursue their passions: Follow the leading of The Holy Spirit.

“Even when you’re following your heart you still have to be smart. You should always have a strategy as far as how you’re going to do what you’re going to do,” he said. “Nobody’s story is the same so if someone’s path requires them to keep a 9 to 5 while they’re still building and nurturing their talents, you can’t knock them for that. You can certainly feel it when God is saying now, right now, move. You gotta be in touch with the Holy Spirit though and don’t ignore those feelings because you can tell when it’s you versus when it’s God.”

And to the ladies who may have had some concerns recently when he told JoJo he had a girlfriend on Instagram Live, Dee-1 said he was just joking. So he’s not off the market yet.

The Slingshot David Tour will visit multiple cities, with more dates being added. To learn more about Dee-1 and his tour, visit dee1music.com or follow him on social media @dee1music.com. To order merchandise and/or VIP meet and greet tickets, visit missionvisionlifestyle.com.