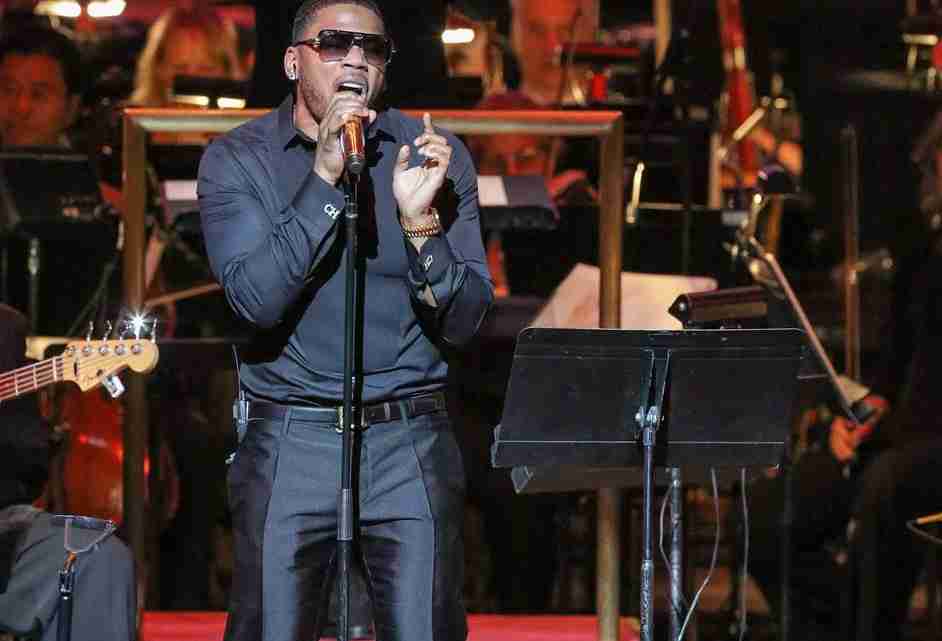 Tonight South Floridians will have the opportunity to see Nelly like they’ve never seen him before. At 8 p.m., the St. Louis rapper, singer and songwriter will headline “A Night of Symphonic Hip-Hop,” in the Au-Rene Theater at the

Broward Center for the Performing Arts. During the show, he will perform some of his most popular songs backed by a live symphony.

In an exclusive interview with the South Florida Times, Nelly admitted he wasn’t too crazy about doing a symphony concert when the idea was initially presented to him.

“At first I wasn’t too excited about it. I didn’t jump on the idea right away. It was something that I had to think about and mull over a few times, but I am one that I love to do different things,” Nelly said. “Once I talked to a few people and figured out how to do it, we started working on it and it came out kind of cool.”

The seasoned hip-hop vet’s deviation from the norm was rewarded when the shows held in Columbia and Pittsburgh drew record crowds and his hometown stop sold out hours after tickets went on sale.

“I’ve been real fortunate in my career that my fans have allowed me to do different things. They’ve always shown me support so this was something that surprisingly turned out to be amazing,” Nelly said.

Through the show, Nelly hopes to build a bridge across genres.

“We’re talking about classical music that dates back hundreds of years. This isn’t anything like R&B or Pop or Hip Hop … so it’s one of those situations where I don’t want to disrespect the halls so to speak,” he said. “I try to put on the best show that I possibly can and hopefully bring new fans that aren’t familiar with symphony and symphony fans that aren’t familiar with hip-hop.”

He describes the show’s atmosphere as the perfect place to bring a date or have a family and friend outing.

“If you’re a Nelly fan you can just expect Nelly music, but in a different way that you might not have ever heard before,” he said. “It’s more of a mellow setting; smooth, but mellow, but fun. I wouldn’t recommend sneakers, but if that’s what you want to wear, come on with it,” Nelly laughed.

When asked his favorite thing about visiting South Florida, Nelly revealed he was a frequent visitor because his girlfriend, Shantel Jackson, is from Miami.

“Who doesn’t love South Florida? All of Florida has shown Nelly an unbelievable amount of love. South Florida is one of the pinnacles of celebratory situations,” he laughed. ”It’s a beautiful place.”

At the time of the interview, a debate pitting Nelly against Drake was trending on social media, so the Times wanted the scoop on what he thought about it.

“First of all, Drake is my cat. He’s a cool dude. He’s always shown Nelly nothing but love and vice- versa with me. He’s a dope dude and it’s his time, but I think we’re all not without influences. We all build on what others before us have been able to lay,” Nelly said. “I’ve been fortunate that I’ve been able to do my thing for going on 20 years and I’m still fortunate to be able to do some things. I thought it was funny, but I think it’s pretty cool that fans are still appreciating. It’s always cool when people recognize the journey that you had.”

After topping charts for more than two decades and having his own reality TV show, among other endeavors, Nelly said he’s still open to exploring new ideas.

“I’m back in the studio working on new music and just trying to continue the journey. I’m working on doing my own sports show on FOX sports and that’s coming out pretty well,” Nelly said. “I’m finding different areas to partake in and different avenues to grow, so I’m keeping my eyes open. A lot of the ideas I’ve been able to have success in have been mine, but I’ve also had a lot of other people bring me a lot of dope ideas. I’m open.”

His advice to people who want to mimic his success: “Stay positive. Anything you’re doing just remain positive and exclude all negativity out of your life. It’s the hardest thing to do, but you have to do it. If you can do that, you’d be surprised how many things will happen for you,” Nelly said.

As for tonight, he promises an unforgettable evening to those who come out to see him.

“I just want to encourage everybody, if you’re thinking about coming out, if you’re wondering, don’t have no worries. You’re gonna enjoy yourself. I promise,” Nelly said. “It’s gonna be a dope experience … If you love Nelly, you’re gonna love Nelly even more after you see this show.”

Tickets range from $45 to $250. For more information, visit browardcenter.org.