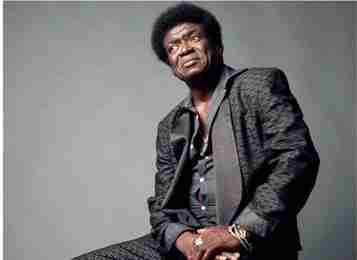 NEW YORK — Charles Bradley, known as the “Screaming Eagle of Soul” for a powerful, raspy style that evoked one of his musical heroes, James Brown, died Saturday at age 68.

Bradley, who achieved success later in life with his 2011 debut album “No Time for Dreaming,” was diagnosed with stomach cancer in the fall of 2016 and underwent treatment, according to a statement from his publicist Shazila Mohammed.

He headed out to tour earlier this year after receiving a clean bill of health, but the cancer returned recently, spreading to his liver, the statement said.

Recording on the Daptone label, Bradley was a fiery live performer. He followed up his first album with “Victim of Love” in 2013. His third album, “Changes,” was released last year.

Among his TV appearances was a stop last year on “CBS This Morning: Saturday,” which earned him an Emmy nomination.

Born in Gainesville, Florida, Bradley found himself living in New York at age 8.

He left home as a teenager and lived as an itinerant until he settled in Brooklyn 20 years ago.

Bradley idolized Brown, working as a Brown impersonator known as Black Velvet before he was discovered by Gabriel Roth, a Daptone co-founder. He later became known for closing shows under his own name with hugs for his audiences.

“The world lost a ton of heart today,” Roth said in the statement. “Charles was somehow one of the meekest and strongest people I’ve ever known. His pain was a cry for universal love and humanity.

His soulful moans and screams will echo forever on records and in the ears and hearts of those who were fortunate enough to share time with him.”

Roth said he told Bradley recently there’s solace to be found for fans knowing Bradley “will continue to inspire love and music in this world for generations to come.”