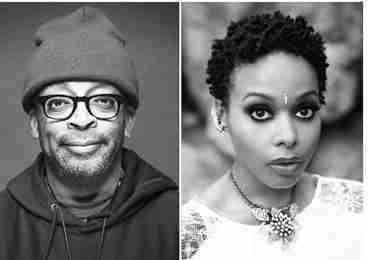 Last week, iconic filmmaker consider Spike Lee said he would no longer using Grammy-award-winning singer Chrisette Michele’s music for his upcoming series “She’s Gotta Have It” on Netflix after hearing she would be performing at Donald Trump’s Presidential Inauguration.

On his Instagram page, Lee wrote, “I Wuz Sorry To Read That “Sistuh Girl” Is Singin’ At DT’s Inauguration (And To Use His Fav Word-SAD). I Wuz Thinkin’ ’bout Using Chrisette’s Song- BLACK GIRL MAGIC In My Netflix Series SHE’S GOTTA HAVE IT…. NOT ANYMORE. And Dat’s Da Truth, Ruth.”

Since it was revealed that Michele was slated to perform, she came under a lot of fire from fans, asking her to reconsider.

Michele responded to the controversy with an open letter on her blog entitled, “We Can’t Be Present If We’re Silent.” It read:

“My heart is broken for our country, for the hopes of our children, for the fights of those who came before us.

I cry at the thought that Black History, American History might be in vain.

This country has had great moments. God has shined His light upon us.

Today, I hope that Great Moments begin in peaceful & progressive conversation. I am willing to be a bridge. I don’t mind “These Stones,” if they allow me to be a voice for the voiceless.

Dr. Martin Luther King Jr. once said, “Our lives begin to end, the day we become silent about what matters.”

I am here, representing you, because this is what matters.”

Michele’s fiancee, Doug “Biggs” Ellison, also came to the singer’s defense as inauguration weekend approached, writing on his own Instagram page: “Open letter to @officialspikelee, F**k You! #basquiat” The post has since been deleted.

Despite all the criticism, Michele still performed at Trump’s Inauguration. Though she didn’t perform as initially planned during the “Make America Great Again Celebration,” she did sing at the Liberty Inaugural Ball, alongside Gospel singer Travis Greene.

According to reports, Michele was paid $250,000 for a 30- minute set. Though she did not confirm the amount, Michele did say in an Instagram post after the ball that proceeds would “support the advancement of the creative arts…a place that is being stripped, in order to reduce “government spending.”