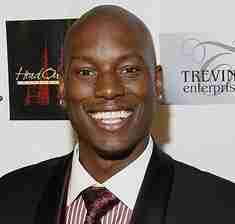 New York — Tyrese says he’s doing ok hours after posting an emotional video to Facebook amid a court battle with his ex-wife.

The actor-singer cried during a rambling Facebook video posted last Wednesday and said, “don’t take my baby… I’m not doing anything illegal.”

In an Instagram video posted Wednesday night Tyrese said he’s “actually ok,” despite what some may believe.

Tyrese also kept up his ongoing feud with Dwayne “The Rock” Johnson over the “Fast & Furious” franchise by intentionally cropping the star out of an Instagram photo.

Tyrese detailed his issues with his “Fast & Furious” co-star in multiple social media posts on Instagram where he wrote if Johnson returns for the film’s ninth installment, he won’t come back. Tyrese also called Johnson a “clown,” ″selfish” and “NOT the people’s champ.”

The grammy-nominated performer called out Johnson in an Instagram post last month around the time The Hollywood Reporter said that a 2019 “Fast” film is intended to be a spin-off starring Johnson and Jason Statham.

Tyrese wrote last week that Johnson “was ‘pitched’ an idea privately and said yes to it without thinking of what I’m dealing with personally.”

Previous post One Race, Many Cultures: Thanksgiving traditions across the African Diaspora