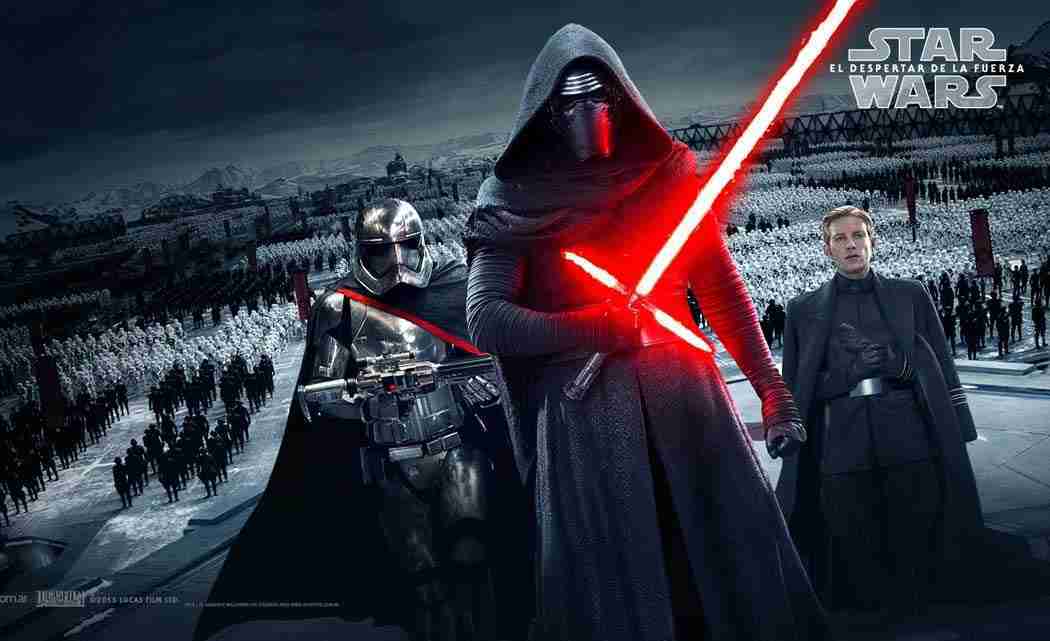 LOS ANGELES (AP) — J.J. Abrams can’t really settle on a favorite moment from his saga of directing, co-writing and co-producing Star Wars: The Force Awakens, but this one isn’t bad.

“Being here now means we’re actually finished with the movie, which is a relief,” Abrams said with Jedi calm.

Perched in a small living room setup inside the cavernous Los Angeles Convention Center, this is the final stretch of Abrams’ journey to this galaxy far, far away and back again, which started nearly three years ago.

The Associated Press spoke with Abrams at a weekend media event in advance of the Dec. 18th release of The Force Awakens. The remarks have been edited for clarity and brevity.

AP: Lucasfilm’s creative executive Pablo Hidalgo helped you answer questions about the Star Wars universe during the making of the film. Did you ever stump him?

ABRAMS: He was not only unstumpable but he was immediate. I would send him an email at almost any hour asking some arcane question and I’d hit send and I’d hear “ding” and he’d already have responded with an answer. What you realize, by the way, in working on these movies is that even things that are canon, that are beloved and absolute to fans, are very much fluid and in flux. For example, the Millennium Falcon itself, the cockpit changed dramatically from the first to the second movie. It’s much bigger in The Empire Strikes Back. Even things that are even the most fundamental and beloved are changing before our eyes and we don’t even notice it.

AP: Was there anything you were surprised the powers that be let you do?

ABRAMS: I was most surprised that the studio never said no. That’s incredible to me.

AP: What do you think is the ideal way to watch The Force Awakens?

ABRAMS: As someone who really hasn’t been the most vocal advocate of 3-D, the strangest thing happened to me on this. When I was watching the reels in 3-D, there were a number of shots – and I know this sounds insane – that I hadn’t understood in the three-dimensional space quite the way I did when I saw them in 3-D. I actually felt that there were things that were playing better in 3-D. I had never felt that before. And if people have access to a theater that has laser projection, it is shockingly better.

ABRAMS: You cannot compare a traditionally projected image with a laser image. The blacks are true blacks. It’s almost as if you have to adjust to it.

ABRAMS: The thing that is so fun about Star Wars, and I remember this from when I was a kid, was the communal experience of being with hundreds of people and getting to scream and laugh and cheer and cry with the story. It’s got that kind of a pulse and that kind of an engine. Though I love that we all have access to movies on the devices in our pockets and I love that home screens are often better than theater 17 at the multiplex, I also feel like movies speak to a human desire, if not need, to congregate and to experience stories communally. They’re experiences that allow us to feel that connectivity, which is truly what Star Wars is all about – the force and the idea that we’re all connected. In whatever format it is, whatever screening, whatever the best available version is, I would just argue that, if possible, to try to see it with a crowd.

AP: This has been one of the most tightly guarded, high-profile releases in film history. When do you think it’s appropriate for audiences to start talking and posting about spoilers?

ABRAMS: I think that as people do and as I’m sure that they will, after the first screening of this movie, that aspect will be over, the secrecy. It’s not so much that we feel like the movie doesn’t work if you know what happens, but I do feel like part of the magic of a movie, and certainly Star Wars, is to know as little as possible for as long as possible. But I know that people will start talking about what happens immediately.