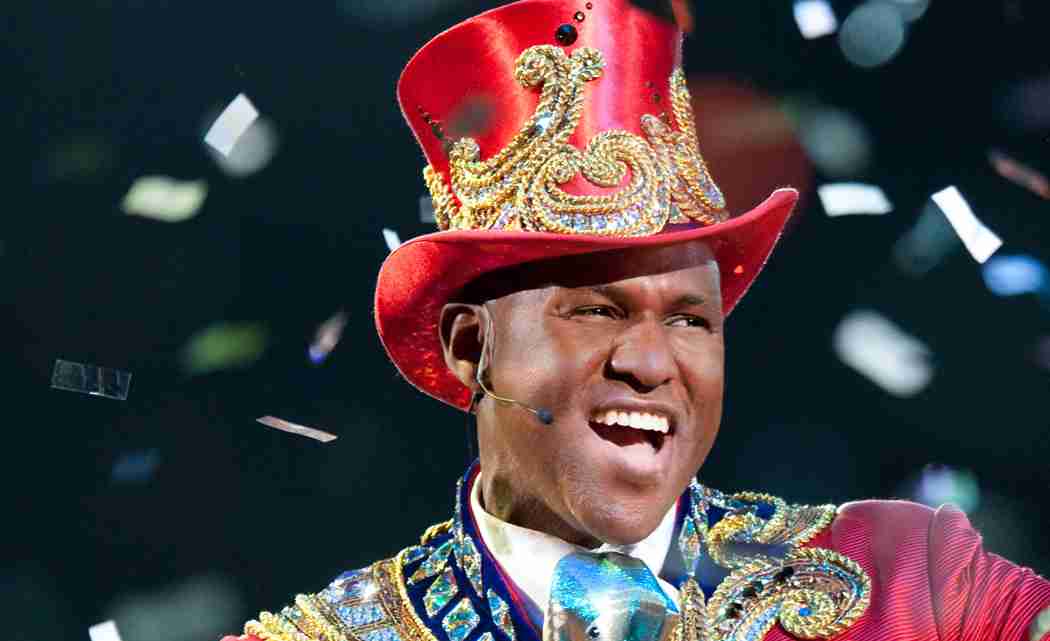 Johnathan Lee Iverson made history in 1999 when he became the first African-American and the youngest Ringmaster in the history of Ringling Bros. and Barnum & Bailey.

Iverson, a New York native, began performing with the world-famous Boys Choir of Harlem at age 11, and was awarded the lead tenor role. As a member of the choir, he sang at the intermission for Luciano Pavarotti’s Concert in Central Park, performed in a live show on Broadway and won second place in the Lena Horne Vocal Jazz Scholarship.

Within Johnathan’s first year of touring with Ringling Bros., he caught the eye of legendary journalist Barbara Walters who named Johnathan one of the ten most fascinating people in 1999.

Iverson and company bring the Big Top to South Florida Jan. 8-19. He took a few minutes for an email question and answer exchange with South Florida Times.

Q: What was your childhood dream?

A: As a child, I knew I was born to be a performer, I dreamed of being rich and famous.

Q: When did you know you wanted to be a Ringmaster? Describe your progression with Ringling?

A: Being a Ringmaster was not something that ever crossed my mind.  To be honest, I grew up like many children as a fan of Ringling Bros. and Barnum & Bailey Circus but I had no idea how important the role of a Ringmaster was to the show. I was in the right place, at the right time and had the opportunity to become part of this legendary show.  I knew I could not turn down the opportunity to take my place in this historical role. Since then, mytime with Ringling Bros. has not only given me a career that I love but also a family. Now I have even played a role in mentoring the next generation of circus stars and ringmasters.  I like to think that I am like the theme of this show—a Legend!

Q: With your vocal training, did you ever see yourself in the circus? How did you get started?

A: At the start of my career, Ididn’t even have the circus on my radar as a way of achieving my lifelong dream of becoming a star. I was training for a career on the operatic stage, even theater. The opportunity presented itself to audition for the famed Ringling Bros. after I was discovered at a dinner theater audition. After a series of auditions it was mine.

My vocal training has been an integral part as to howI’ve been able to successfully operate in the role of “The Voice” of this great American icon. Constant training is still key to my career. I have two rigorous vocal lessons a month, as well as daily routines of diet and exercise, both physical and vocal. The voice is an organic instrument, thus, as I grow and experience new things, I have to be respectful of how that affects my voice. Being the Ringmaster of Ringling Bros. and Barnum & Bailey is arguably the most vocally demanding role in show business.

Q:  What has been your most memorable experience thus far?

A: My most memorable performance was the first time I performed at Madison Square Garden.  As a performer and a proud New Yorker, I have always thought of Madison SquareGardens as the mecca of live entertainment. The history of that place is alive in every brick used to build that place. I was almost a year out of college and here I was “The Voice” of The Greatest Show on Earth, in the arena where Frank Sinatra sang, Muhammed Ali fought, and Gunther Gebel-Williams thrilled children of all ages with his legendary animal act.

Q: What is the reaction of circus-goers at seeing a black Ringmaster? How was the adjustment for you and for audiences? What is the response of your children?

A: Black people, especially older Black people are usually grinning from ear to ear. I love it and appreciate it. I am unapologetically Black. I know of thetreacherous existence my people have had and in some respects, still are having here in America, despite our enormous contributions to this country. From America’s first patriot, Crispus Attucks, to the slaves who built every nook and cranny of this nation including the White House, to the genius who birthed blues, gospel, jazz, rock ‘n’ roll, hip hop, the stop light, gas mask and peanut butter, etc.

I am the first Black Ringmaster and I take my legacy very seriously. In my ownway I share it with children of all ages and races every time I step on the arena floor. My experience has and continues to be an overwhelmingly positive one from people of every walk of life. We have the world’s greatest fans and I can also say that the circus community as a whole was very fair to me from the start. My son, 9, and my daughter, 5, have no point of reference. They hardly know any different way of life. They are privileged to live, work and play with their parents every day, as The Greatest Show On Earth provides both a nursery and school. They have a great appreciation for the demands of my career, as well as their mother’s, who is the production manager, which means she’s my boss. My daughter loves telling people that.

Q: Do you get questions from black and brown children who dream of being in the circus? What advice do you give them?

A:Surprisingly, I actually get more inquiries from adults. Childrendon’t ask, they do. By the time I meet a kid who is obviously considering a life in the circus, they are telling me how they plan to take my job one day. Oddly, it’s the ultimate compliment, because that means I’ve sparked something inside them that causes them to aspire. I encourage that! I want to meet that boy or girl who will exceed me. That means the circus will live on. I can’t think of a better legacy as Ringmaster of The Greatest Show On Earth. 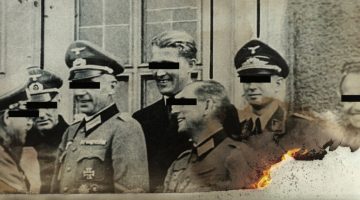