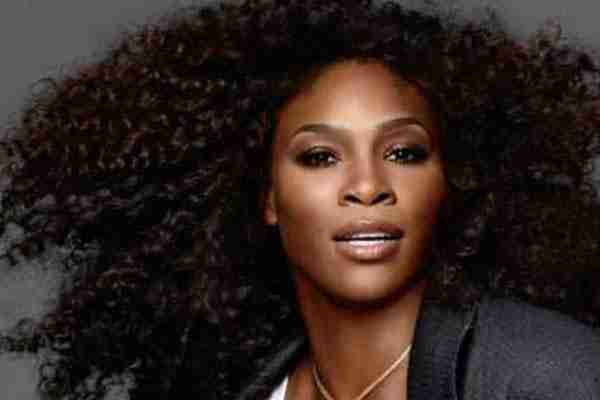 NEW YORK — Serena Williams was in the middle of settling down for an interview when she was interrupted by a message: “Anna is here.”

That would be the Anna Wintour, the Vogue editor who every designer wants front and center at their fashion shows.

The fact that Wintour chose to attend the New York Fashion Week runway debut of Williams, who just won the U.S. Open for the third time, was a sign that Williams, who has made fashion her side gig for a number of years, had most definitely arrived.

“It means a lot … I mean, she’s Anna Wintour at the end of the day, fashion’s queen,” said a beaming Williams. “I hope she enjoys it.”

Williams was certainly enjoying the moment.

Fresh off her U.S. Open win, which tied her with Chris Evert and Martina Navratilova with 18th Grand Slam trophies, second only in the Open era to Steffi Graf, Williams took on some of fashion’s biggest names with her first runway show on Sept. 9.

With celebrities like supermodel Beverly Johnson, actor Boris Kodjoe and comedian Marlon Wayans looking on, Williams showed her Serena Williams Signature Statement Collection for the HSN Network, which she described as “casual wear but pumped up, every day wear that is actually realistic.”

“Sometimes you go to fashion shows and none of it is really realistic. You can take it off the models and you can go out and wear it so that is what we wanted to showcase,” Williams said.

The looks included a sleeveless long sweatshirt with the letter “S” on the front, zippered slinky mini-dresses, pants with a leopard print similar to the dress she wore during her U.S. Open run, faux fur jackets and jersey-knit dresses. Williams said she was casting models and picking looks for the show during the open.

“I had a really focused mind; I would literally be on the table getting my back worked on looking at different models,” she said.

Venus has also shown at fashion week. Williams said she took her big sister’s advice which was to have fun and “enjoy the moment.”

Williams was most proud of her final runway model, who was plus-size.

“I felt like our line caters to a lot of women but we don’t limit ourselves. We also want that lady who is a little larger to wear clothes and feel great and not be limited to just Lycra,” she said. “People should look good at every size and feel good and love who they are.”

Williams got wild applause after the show ended, including from good friend Caroline Wozniacki, whom she defeated for her U.S. Open trophy. “I thought it was amazing. I loved the pieces and the leopard print,” Wozniacki said.

“She’s such a good friend and so supportive and wouldn’t miss it,” said Williams.

Williams said she planned to return the favor and be there for Wozniacki when she runs the New York City marathon in November.