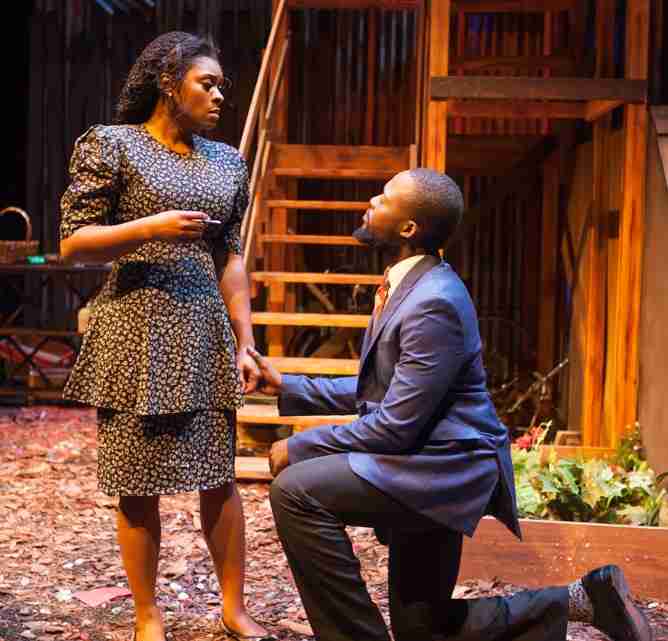 The award-winning theatre group is staging one of August Wilson’s prolific works.

MIAMI – Coming off its record-breaking Carbonell Awards season, the M Ensemble is moving forward with another production. This time, it’s “Seven Guitars,” a play by American playwright August Wilson that focuses on seven African-American characters in the year 1948. Part murder mystery, part memory play, it depicts the events leading up to the untimely death of Floyd “Schoolboy” Barton, a gifted blues guitarist. Directed by Lowell Williams and staged at the Sandrell Rivers Theater, the production kicked off last week and runs through June 24.

Founded in 1971, the M Ensemble is Florida’s oldest surviving Black Theatre group. It was launched on campus at the University of Miami by the late T.G. Cooper, who later became the chairman of the Theatre Department at Howard University in Washington, D.C. Theodore G. Cooper was a producer, director, educator, writer, actor and founder of The M Ensemble Company. “T.G.” as he preferred to be called, was a professor of Drama at Howard University for twenty years to chair the University drama department.