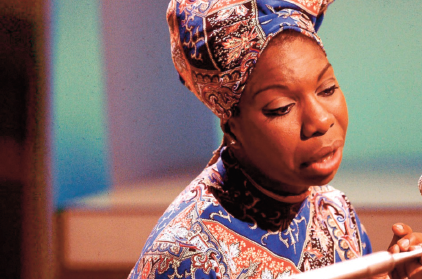 A nationwide celebration of blackness seems to be gaining steam. Beyonce’s release of her much talked about Formation video, followed by what many called a revolutionary Super Bowl halftime performance (where her background dancers were clad in Black Panther reminiscent outfits and berets), has many saluting her bravery while some are condemning her show as “anti-police.”

Locally, the African Heritage Cultural Arts Center (AHCAC) is celebrating blackness with its presentation of Simply Simone-the Music of Nina Simone, an electric new revue based on the turbulent life and rich legacy of this American music icon. Simone’s song, Young, Gifted and Black, written in honor of the singer’s late friend, Lorraine Hansberry, author of the play A Raisin in the Sun, became a civil rights anthem that is as relevant today as it was then.

Created by David Grapes and Robert Ne-blett with music arrangements by Vince DiMura, Simply Simone is being directed by Teddy Harrell. Musical direction is being handled by John Harden and vocal direction by Isis Roberts.

Dedicated to the memory of Dr. Betty Jean Jones, the performance runs from Feb. 17 through March 13.