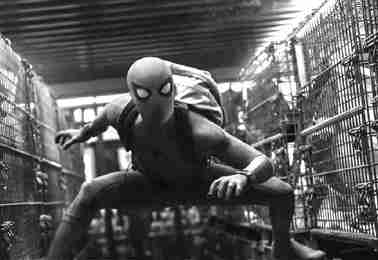 Editor’s Note: There are a few spoilers included.

It’s unclear why Marvel Entertainment saw the need to make another “Spider-man” film. After all, there have been three reboots of the franchise since the dawn of the latest millennium.

First there was the franchise that starred Tobey Maguire (released in 2002, 2004, and 2007) and included the infamous upside down kiss scene between Maguire and Kirsten Dunst.

Then, there was the franchise series that starred Andrew Garfield and saw him romantically involved with Emma Stone on-screen and off (2012 and 2014). And, now there’s the latest reboot starring Tom Holland as a 15-year old whose voice still holds its childlike sound.

In the 2017 reboot, “Spider-man: Homecoming,” Holland’s Peter Parker decides to ignore sage advice and tries to stop an illegal arms dealer who steals alien materials from sites where the Avengers have fought otherworldly enemies in the first two “Avengers” films.

The story (written by Jonathan Goldstein, John Francis Daley, Jon Watts, Christopher Ford, Chris McKenna and Erik Sommers and based on the Marvel comic book series by Stan Lee and Steve Ditko),begins with Spidey participating in the airport runway showdown in “Captain America: Civil War” and being brought home as if nothing ever happened.

Because he’s Tony Stark’s (Robert Downey, Jr.) new protégé, Peter is given a much better, high-tech suit and told that Tony will contact him whenever he’s needed. Naturally, Tony doesn’t call.

Meanwhile, Peter is the average, brainiac high-schooler who’s on the Academic Decathlon Team by day and fights local crime as Spider-man by night.

He doesn’t have the team of superheroes or much in the way of Stark resources to be anything more than that. However, that doesn’t stop him from trying to take down big, bad guy Adrian Toomes (Michael Keaton), who calls himself the Vulture.

Adrian is a formidable enemy and it seems that Peter as Spider-man isn’t equipped to take on the Vulture by himself. Therein lies the story, which is also about a young person who is given extraordinary gifts and must learn how to balance his gifts with being a teenager who needs to finish high school.

Directed by Watts, this Spider-man isn’t just about Peter’s journey to being a more responsible superhero, it’s also a coming-of-age tale that includes people of different races and backgrounds and is indicative of how the newest generation of high schoolers view and partake of the world around them.

For further inclusion, Bokeem Woodbine is cast as Herman Schultz (a.k.a. Shocker #2)

and Donald Glover as small-time criminal Aaron Davis; both are considered villains and aren’t the first to die in the film. Garcelle Beauvais is also cast as Doris (Liz’s mother) and “Orange is the New Black’s” Selenis Leyva plays Peter’s Hispanic teacher. The list goes on.

It’s nice to see a Blockbuster film that is indicative of the different races/ethnicities that make up the United States and contribute to what is already great about this country.

It’s about time Marvel expanded to adding color to their films; other than “Black Panther” and Nick Fury.

With a pretty decent story about not growing up too fast and enjoying your youth for as long as you can, “Spider-man: Homecoming” is a good filler film for the Avengers’ mega franchise.

After all, there wasn’t really a reason to give Peter Parker yet another origin story other than an excuse to introduce a character with the potential to be an Avenger.

While it’s still unclear why “Spider-man: Homecoming” needed to be made (I would have preferred to see a “Black Widow” film, but that’s neither here nor there), it is still a good film.

And, with the inclusion of such a colorful cast, it’s also an engaging film.

You can reach Kimberly Grant at KAliciaG@aol.com.

Previous post When Gospel sermons came on the phonograph