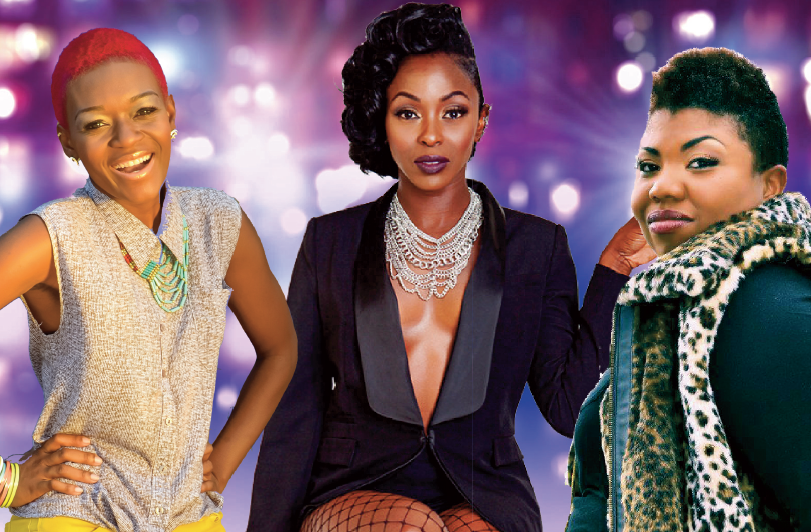 Three of the local acts getting their big shot on the Jazz in the Gardens stage have a great deal in common. They’re all women, they’re enormously talented and in previous years, each had been turned down by the Jazz in the Gardens selection committee before being selected for the 2016 show, which is scheduled for March 19 and 20 at SunLife Stadium.

Interestingly, April RaQuel, CriStyle and Lavie also share similar philosophies of life; principles that were instrumental in them being selected to display their gifts at one of the country’s most popular music festivals that Miami Gardens Mayor Oliver Gilbert says “essentially is a backyard party with some famous people on the stage and some good food in the courtyard.” Gilbert said a part of his excitement each year includes seeing the homegrown talent. “I’m always excited about the festival. The wonderful local artists, it’s really an extraordinary thing that happens,” he shared.

The South Florida Times had the chance to chat with the local artists about how they deal with fear, where they see themselves in the near future and what it felt like to finally get the green light to perform on the Jazz in the Gardens stage.

April RaQuel started singing professionally in South Florida in 2006 when she joined a popular local band, Final Countdown. She used that experience as a testing ground, confirming that a singing career was definitely for her. After gaining exposure from freelancing and working with other bands, RaQuel said she put together her own six-piece band, Kouture FunK, which performs “soul, urban, rock, full funk” regularly around South Florida, including a Monday night gig at Oceans 10 on South Beach.  RaQuel said after unsuccessful attempts to perform at previous years’ Jazz in the Gardens, she included the prestigious event on her vision board last year and got the call she’d been waiting for this year.

I sit with it for a while to even understand what the fear is. I’m an athlete, so overcoming challenges is something that is instilled into my DNA. Once I identify what the fear is, I really just do everything I can to not succumb to it. I throw myself into the situation to see what I’m made of. Things are hardly ever as intimidating or as scary as we make them out to be it’s all a mindset, it’s more of a mental thing. Pretty much I have a champion attitude.

Where do you see yourself in five years?

I see myself having released a full album and touring with that original music looking forward to making my rounds on all the awards shows, the BET awards, the MTV awards, the Grammys. It would be great to be recognized as an up and coming artist.

When you found out you were performing at the 2016 Jazz in the Gardens:

When I got the call about it, it was a holiness moment. It was yelling and sprinting off and praising, and when I finally came back around to myself, I went right to that vision board and crossed that thing off of the list and said ‘look at God.’ Thoughts manifest into words and words manifest into action, I strongly believe in that.

CriStyle Renae was born in raised in Ft. Lauderdale, has been singing professionally for about six years and released her first album two years ago; a mixture of R & B soul, jazz and “even a little hip-hop.”  She uses visualization to quash nervousness. “I see myself succeeding. I see the show being ridiculously amazing and me sounding my best and connecting with the audience, connecting with my band. Visualization is very powerful for me, quieting the mind, focusing on the present.”

It’s often made a strong presence in my life. But I saw the quote, ‘Everything you want is on the other side of fear,’ posted on a friend’s Facebook page, and it really resonated with me. It spoke to me to say push through the fear because what you want is on the other side, and so that’s what I started doing. Whatever doubt there was, I just started saying, just do it, stop questioning it, ready, set go. I tend to be an over thinker sometimes, so I had to quiet my mind and say ‘girl just say yes.’”

When you found out you were performing at the 2016 Jazz in the Gardens:

The opportunity for JIG is extraordinary, tremendous, amazing. This was my third time applying and the third time was the charm. You get those emails that say sorry, and you see your peers go, and then you get that confirmation email saying you have been selected, it’s very emotional. I had to read it like seven times. I literally just had tears, really overcome with emotion.This opportunity means so much. If you’re an independent artist in this area and you’re trying to do your thing, it is something like the golden ticket on the original Willy Wonka. It’s really affirmation as an artist that you’re getting on this big stage in front of 70,000 people in your home area.

Where do you see yourself five years from now?

Five years from now I am on my third, fourth, fifth album, on tour in Europe, South America, Africa, Asia, all these places they love soul music. You get feedback from all over the world. There’s a whole world out there, just love it. I’ve got to think even bigger.

LAVIE performs on Sunday at 4 p.m.

Lavie, a wife and mother of twin boys, has been singing “soul and R&B, with a sprinkle of jazz,” professionally for 15 years. In addition to performing at select events and hosting a weekly open mic, she recently began an all jazz weekly gig at the Rouge restaurant that is “just me and a piano player,” she said.

Gratitude is a strong part of her life. “Being grateful and being thankful in each and every situation. Give thanks because the scripture says we should give thanks in all situations, whether good or bad, at the end of the day, it could be a whole lot worse or a whole lot better, just be thankful for where you are.”

She performed at Jazz in the Gardens last year, but as a part of singer Valerie Tyson’s background vocals. It was Tyson who pushed her to re-apply for the 2016 show.

I’ve applied four times (to Jazz in the Gardens), been denied 4 times. After I did that show with Valerie we did another show on Martin Luther King Day, she asked if I applied for Jazz in the Gardens. I said ‘no.’ I don’t want to hear ‘no’ again.  She said, ‘I believe that this is your time, and all of those times you’ve been preparing for this time.’ That evening I did an event and the mayor of Miami Gardens was at the event. Seeing him was confirmation that I should apply again.

When you found out that you were performing at 2016 Jazz in the Gardens:

I’m driving home and checking my email, unwinding and telling my husband about my day when I see the email. ‘Oh my God babe, I’m doing Jazz in the Gardens. Everything happened right in order.

Where do you see yourself in five years?

Absolutely continuing with my career. Finishing school (she’s studying business management) and taking my business to the next level to include touring. I love people – I love the interaction, I love to love on them, share my music, feeling their response to it.

Next post Alternative Supreme Court pick would have made history

Previous post Literature and music come together in Little Haiti