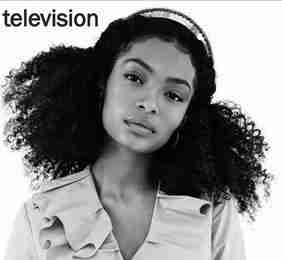 Yara Shahidi who plays Zoey on the television sitcom ‘black-ish’ will star in the Freeform spinoff ‘grown-ish.’

The 13 episode single-camera comedy will start production next month and is set to premiere early 2018 on freeform and the freeform App available on connected TV, mobile devices and online.

‘grown-ish’ reflects what we’ll be dealing with in the show – that in between place where you’re not quite an adult but facing grown world problems for the first time,” said creator and executive producer, Kenya Barris. “Where ‘black-ish’ examines what it means to be black, ‘grown-ish’ is an examination of what it is and what it means to be grown.”

“grown-ish” follows the Johnson’s eldest daughter Zoey (shahidi) as she heads off to college at southern California university (sCu) and quickly discovers that not everything goes her way once she leaves the nest.

Shahidi is joined by her current co-star on “black-ish” Deon Cole (Charlie), who moonlights as an adjunct marketing professor, as well as funny new characters both in the administration and student body who all reflect the complex and hilarious points of views that populate college campuses.

The show comes from “black-ish” executive producer Kenya Barris and offers a contemporary take on the current issues facing both students and administrators in the world of higher education.