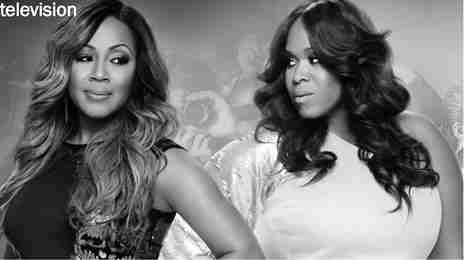 PHOTO COURTESY OF WE TV

NEW YORK – Erica and Tina Campbell, better known as the acclaimed gospel duo “Mary Mary” will return for their sixth and final season of their popular docuseries of the same name Sept. 28 at 9 p.m.

We tv recently announced the series, which chronicles the lives of the two real-life sisters, will resume in the fall with six one hour-long episodes for its culminating season.

As one of WE’s most popular and talked about series, the fifth season of “Mary Mary” reached 12.7 million total viewers and was the #1 cable program in its time slot among black women ages 25-54.

Last season ended with high tensions between Erica and Tina, leaving fans to speculate about the fate of the group. At the same time, their sister Goo Goo planned to transition from her role as their stylist to pursue her personal dreams.

During season 6, the group braves global terrorist threats to take on their biggest world tour yet. But competition over each of their growing solo careers, and long buried emotional demons that resurface in the Holy Land will prove to be the ultimate test of their sisterly bond.

“It’s been a privilege to chronicle the lives of gospel superstars Erica and Tina Campbell, better known as Mary Mary – who are truly rocks stars who rock everything they do, from family life to their wildly successful music careers,” said Lauren Gellert, executive vice president of development and programming for WE tv. “’Mary Mary’ is a big part of why WE tv is a #1 cable network for African American adults and women on Thursday nights and we are proud to have been the television home to these inspirational women for six amazing seasons.”

“I’m so grateful to have shared the last several years of my life, personally and professionally, with all of the supporters … the viewers of our reality show. We’ve written and recorded songs together, we’ve released albums together, we’ve been pregnant together, we’ve had babies on the show, we’ve had the worst of times in our families and have had the best of times with our family,” Tina Campbell said. “You’ve watched our children grow up. Heck you’ve watched Erica and I and the rest of our family grow up over these years. We’ve established an identity together and separately and you all have been with us for the entire ride. I can’t possibly find the words to truly express my gratitude for this experience so I’ll just say thank you, thank you, thank you, to everyone who made it happen and to everyone who watched it happen. It’s been great.”

Her sister, Erica, echoed her sentiments. “We have been so proud to share our music and our lives with WE tv viewers and fans for the past five seasons,” Erica Campbell said.

“We are grateful to our fans for going with us on this journey, from the highest of highs to the lowest of lows, we can’t wait to return this fall to complete this part of our story.”

“Mary Mary” was nominated for an NAACP Image Award for Outstanding Reality Program/Reality Competition Series earlier this year. The NAACP Image Awards celebrates the accomplishments of people of color in the fields of television, music, literature and film and also honors individuals or groups who promote social justice through creative endeavors.

Next post Thousands expected for the Urban Film Festival