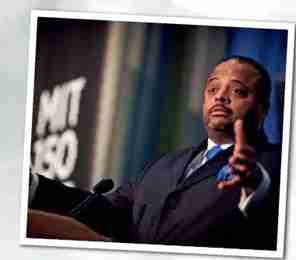 AllThat.TV will also feature both live video streams and produced video content, most of which will be produced by Martin’s own production company, Nu Vision Media.

“My interests go far beyond news and politics,” Martin said. “My social media followers know I love music, dancing, … clothes and all sorts of other things, so I wanted a place dedicated to exploring those subjects. With AllThat.TV, I’ll be able to stretch my wings and do some creative things. I can’t wait for folks to see what we have in store!”

This new online portal is being launched in partnership with the digital development company Quantasy. Martin has already signed up a team of writers and national influencers to contribute to the site.

“We’re excited to announce our partnership with Roland Martin on AllThat.TV,” said Julius Difuntorum, Sr. Digital Brand Manager at Quantasy. “An accomplished TV host, author and journalist, Roland has an unwavering insight, perspective and credibility that can impact culture on many levels.

Through his online presence, Roland is able to spark tremendous engagement and conversations surrounding trending topics in real time. Our goal is to transcend that formula of engagement across many different formats.”

Martin is no stranger to digital media. As executive editor of The Chicago Defender,he was the first Black news source to launch an audio podcast in 2005; and launched the first Black video podcast by a Black media entity in 2006.

Additionally, as founding editor, he helped launch and was instrumental in the initial success of BlackAmericaWeb.com and has maintained his own high-traffic website RolandSMartin.com for many years.

Additionally, with a combined social media base of more than 1.7 million unique followers, the host of TV One’s “News One Now with Roland Martin” remains a force in the social engagement space and continues making impressions with his every move.

Currently Martin is host of TV One’s “News One Now” and the Senior News Analyst on the nationally syndicated Tom Joyner Morning Show. A former CNN political analyst, Martin was part of the “Best Political team on Television” in 2009 when the cable network was awarded the Peabody Award for its outstanding 2008 election coverage.

Named by Ebony Magazine as one of the 150 Most Influential African Americans in the United States, Martin has received numerous accolades for his work. In 2017, he won his third NAACP Image Award for the first-ever “Best Host” category. The Daily Telegraph in the United Kingdom named him one of the top 50 political pundits in the world; he was awarded the 2008 President’s Award by the National Association of Black Journalists (NABJ) for his work in multiple media platforms and in 2008, he was also inducted into the Texas A&M University Journalism Hall of Honor.

As an author, he’s published several books including “Listening to the Spirit Within: 50 Perspectives on Faith;” “Speak, Brother! A Black Man’s View of America;” and “The First: President Barack Obama’s Road to the White House as originally reported by Roland S. Martin.”