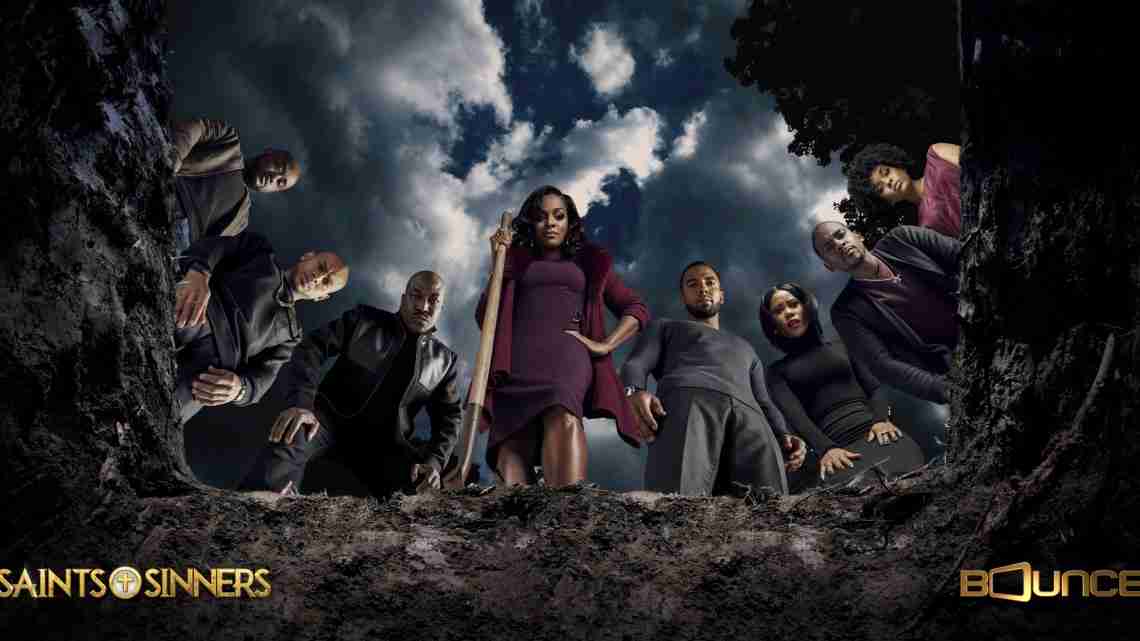 The show comes on Sunday nights at 9 p.m. with a primetime play for the west coast at midnight (9 p.m. PT).

Season two brings viewers back to Cypress, Georgia, the sleepy southern town outside Atlanta that has been rocked by the murders of a beloved pastor and the town’s Mayor.

Death’s shadow continues to loom over the town’s epicenter, Greater Hope Baptist Church, as a dead body is discovered on its grounds, bringing up the church’s sordid past along with it.

As concealed secrets claw their way to the surface, new alliances are formed and deceit, jealousy and compromising sexual affairs threaten to shatter lives and demolish the heart of the church and the town forever. As everyone’s dark past comes to light, the difference between being a saint or a sinner becomes more distorted than ever.

• Vanessa Bell Calloway (Shameless, Coming to America) as Lady Ella, the secretive beauty queen with a business mind who takes over as Mayor – and takes her sins to a whole new level.

• Clifton Powell (Ray, Murder in the First) is Rex Fisher, the ruthless local loan shark who found himself double-crossed and put behind bars in season one.

• J.D. Williams (The Night Of, The Wire) as Jabari, Levi’s cousin who also worked for Rex – until a stunning power play put him on top.

• Jasmine Burke (The Vampire Diaries, Army Wives) is Lady Ella’s daughter, Dr. Christie Johnson, whose insurance scam at her medical clinic is threatened to be exposed.

• Demetria McKinney (House of Payne, House Wives of Atlanta) returns as Miles’ wife Tamara, who is fighting to save her marriage in the aftermath of Miles’ infidelity as the couple prepares for the arrival of their first child.

• Tray Chaney (The Wire, Masterminds) plays Kendrick Murphy, the illegitimate son of Lady Ella and Rex who was raised quietly out of the public spotlight, but will play a big role as this season unfolds.

“Saints & Sinners” episodes are available for streaming on Brown Sugar, Bounce’s new subscription-video-on-demand service. Season one is available in its entirety with exclusive season two episodes being added every Monday.

Complete seasons of the Bounce originals “Mann & Wife,” “Family Time” and “In The Cut” will be added to Brown Sugar shortly. The streaming service features an extensive library of iconic black movies, all unedited and commercial-free.

It’s available for mobile phones and tablets in the Google Play Store and iTunes App Store and for computers at www.BrownSugar.com. There is a free initial trial period for subscribers with a retail price of $3.99/month thereafter.