Season nine of ‘AFROPOP’ debuts in time for MLK Day 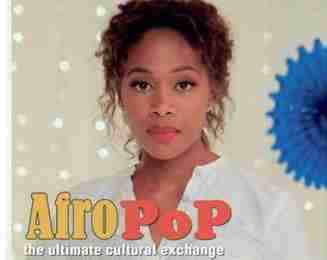 Beharie is a rising star who will next be seen in Will Packer Productions’ remake of Jacob’s Ladder, directed by David M. Rosenthal. She recently starred in the hit Fox series Sleepy Hollow for producers Alex Kurtzman and Roberto Orci, for which she was nominated for an NAACP Award for “Outstanding Actress in a Drama Series,” in addition to “Outstanding Actress in a Motion Picture” for 42 and “Entertainer of the Year.”

She starred with Michael Fassbender in Academy Award-winning director Steve McQueen’s feature Shame and began her career on Broadway opposite Jeffrey Wright and Mos Def in John Guare’s A Free Man of Color. She was also the lead of the critically acclaimed feature American Violet opposite Alfre Woodard and Tim Blake Nelson for Samuel Goldwyn Films.

New episodes of AfroPoP air weekly through February 15. APT will release the series to the nation’s public television stations in February 2016.

The season opens with George Potter and Andy Adkins’ An American Ascent, a gripping film that captures the first African-American team of climbers to attempt to summit Denali (formerly Mount McKinley), North America’s highest peak, to inspire other blacks to connect with the outdoors.

Mountain and Adventure Film Festival, the film depicts the mountaineers’ backbreaking journey to scale the 20,310 ft. mountain. The reward?

The satisfaction of overcoming personal limits and societal views of what a mountaineer looks like, not to mention the peaks’ breathtaking views.

“An American Ascent is more than beautiful mountainous vistas and harrowing, dramatic scenes pitting man against nature. Its purpose is also to convey two important messages – African Americans still have ‘firsts’ to summit, and as citizens of a new majority in 2020, we must become familiar with, care about and become guardians of our national parks to ensure they are preserved for future generations,” said NBPC Director of Programs and Acquisitions and AfroPoP Co-Executive Producer Kay Shaw. “This season of AfroPoP presents six beautifully crafted stories that, like An American Ascent, will challenge, inspire and touch the heart and mind. It’s a season the public should not miss.”

Other films being shown during season nine include:

• The moving Intore, by Eric Kabera (January 23), which demonstrates the impact a new generation of artists in Rwanda is having in healing a nation that suffered greatly in the horrific 100- day genocide in 1994.

• Tyler Johnston and Miquel Galofré’s beautiful My Father’s Land (January 30), which follows an illegal immigrant in the Bahamas and the lengths to which he goes to return to his native Haiti to see his ailing 103-year-old father. The film also explores issues of immigration and human rights.

• Eva Weber’s important documentary Black Out (February 6), which shines the spotlight on schoolchildren in Guinea who trek for miles each day during exam season to find places with light so they can study and better themselves and their families. The film airs with Olivia Peace’s narrative short Pangaea, a moving story of a young girl who was trapped on a rooftop after Hurricane Katrina.

• Season finale Omo Child: The River and the

Bush by John Rowe (February 13), a heartwarming story demonstrating the positive impact one determined individual can have on his community to save lives. Shot over five years, the film follows Lale Labuko, from the Kara tribe in the Omo Valley, Ethiopia, as he works to create a cultural shift in his tribe by ending an ancient practice that will save a generation of children.

AfroPoP: The Ultimate Cultural Exchange is produced by Angela Tucker and directed by Duana Butler with the generous support of the Corporation for Public Broadcasting and National Endowment for the Arts.

To find out more about AfroPoP, visit www.blackpublicmedia.org. For viewing information, check local listings or www.APTonline.org.

Next post Dyson to speak at PBSC King celebration January 12