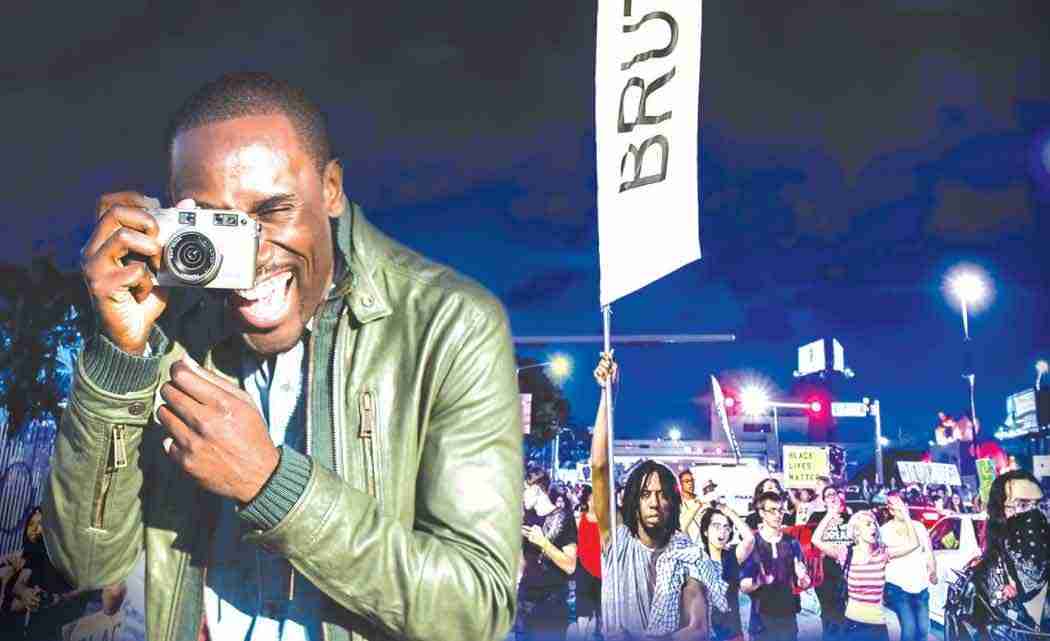 The No More Blues exhibit, made possible by a grant from the SEOPW Community Redevelopment Agency is a photographic anthology from last year’s Black Lives Matter protest that shut down the I-95 highway during Miami’s premiere art event, Art Basel in December.

No More Blues illuminates the issues concerning the values of black lives in the America while capturing the zeal, tenacity and fearlessness of the young individuals involved in the Black Lives Matter movement. The exhibit will run from Friday to December 2015. Admission is free.

The exhibit is the brainchild of Haitian American photographer Cendino Temé. Only four years in the industry, Temé has worked with notable wedding blogs, fashion magazines and Essence magazine.

Always passionate about social activism, Teme was compelled to capture the effects of police brutality in the community after the police killing of 14-year-old Martin Lee Anderson in a Tallahassee boot camp in 2006. Temé and his peers protested along with the Student Coalition for Justice.

“I thought I had to get out and do something,” says Temé. “It was time that I use my skill set as a photographer and control a different narrative that we’ve been hearing.”

“We’re hoping to be the catalyst for thoughtful conversation between our young people, community activists and law enforcement officers,” says Kamila Pritchett, development coordinator for the Black Archives.

“We have the platform to present something artistically thought-provoking and be a backdrop for programming to carry community dialogue forward,” says Pritchett.

The exhibit title comes from Temé’s original theme, “No More Blues from the Boys in Blue,” showcasing the emotional aftermath following the police killings of unarmed black men Michael Brown and Eric Garner.

“I took my camera to the protest in hopes that I would be able to capture our time for those who come after us and create a means of motivating people and bringing the community together,” says Temé.

While editing his photographs taken at the protest, Temé was inspired by lyrics from rapper J. Cole’s song Be Free.He chose to manipulate the pictures to a blue tint to invoke emotion and capture the temperature of the moment.

“If one person is changed and inspired by the gallery, then the purpose will be fulfilled,” says Temé.