THE KING OF POP’S popularity endures despite new scandal 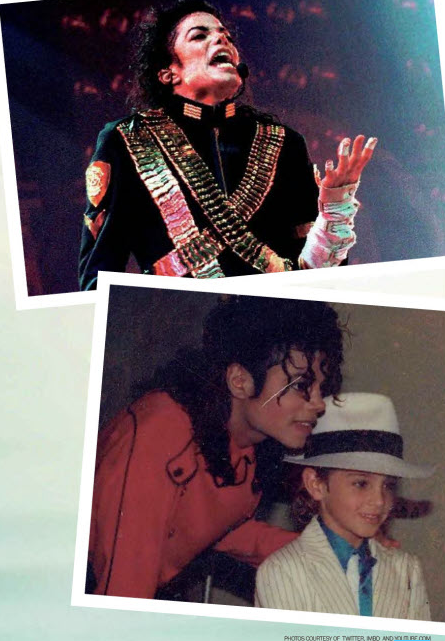 LOS ANGELES, Calif. – The documentary “Leaving Neverland” presented a disturbing depiction of Michael Jackson as a child molester, but the initial wave of negative publicity hasn’t greatly diminished the King of Pop’s image or the enduring popularity of his music.

Many believe Jackson’s musical legacy is still going strong on the 10th anniversary of his death at age of 50, on June 25, 2009, from an overdose of the anesthetic propofol.

Backlash to the documentary that aired in March on HBO and Britain’s Channel 4 prompted radio stations in Canada to stop playing his music and the producers of “The Simpsons” to remove an episode that featured Jackson’s voice.

But that’s been the most visible extent of the backlash.

There’s been no rescinding honors like has happened to Bill Cosby and Harvey Weinstein, or mass movements to stop playing Jackson’s music, as R&B singer R. Kelly has faced.

Jackson’s massively popular “Thriller” album, and the theatrical version of its music video, still reside in the Library of Congress’ National Recording Registry.

His music is still featured in commercials and is a part of a Cirque Du Soleil show in Las Vegas.

Museums in Detroit and Tennessee keep images and artifacts of Jackson on display, and his memorabilia continues to sell.

“He still commands prices compared to most any other celebrity,” said Darren Julien, president and CEO of the Culver City, California-based Julien’s Auctions. He said his auction house has sold around $15 million of the superstar singer’s property including his white glove that went for $480,000 in 2009, and a jacket recently bought for $75,000.

Julien said Russia, Asia, Middle East, Canada and America are some of the key markets where buyers are willing to spend money on Jackson’s merchandise.

“He’s the only celebrity where we would have lines of people to get in whenever we had stuff of his to auction,” he continued. “There’s only one person that compares to Marilyn Monroe in collectability, and that is Michael Jackson.”

Billboard senior editor Gail Mitchell isn’t surprised by support for Jackson, who she has met before. For a recent story, the veteran music journalist said she and a colleague interviewed about 30 music executives who believe the singer’s legacy could withstand the “Leaving Neverland” controversy.

“Some saw the film, others didn’t want to,” she said. “Many said that (Jackson) is not here to defend himself the way R. Kelly is here. … The jury is always probably going to be out. But all of the execs said his legacy will be fine.”

Mitchell recently attended Janet Jackson’s residency performance in Las Vegas where the singer played several of her brother’s songs that had “people dancing and buzzin’” as the “crowd went wild” during classic songs from The Jackson 5, which she called “one of the highlights of show.”

“There was an aura about him,” Mitchell said of Jackson. “He had an energy in terms of his talent and the dancing, and I still think that aura still exists to a point. I know it’s been tarnished, but I think overall that there is no denying what he brought to the table.”

Jackson died at the age of 50 from an overdose of the anesthetic propofol on June 25, 2009. In an instant, Jackson’s popularity surged after years of being tarnished by sexual abuse allegations and a 2005 child molestation trial, which ended with his acquittal.

After Jackson’s death, the criminal case nearly became an afterthought, until “Leaving Neverland” was released.

The documentary focused on two men, Wade Robson and James Safechuck, who denied Jackson abused them while the singer was still alive. Both have said having their own children forced them to face the truth.

Jackson acknowledged befriending numerous children, including some he invited into his bed, but denied he molested any of them.

His estate has also vigorously denied Robson and Safechuck’s allegations, calling the documentary a retread of proven falsehoods from men seeking money. A lawsuit was filed against HBO. Despite the documentary, Jackson’s music streaming numbers continued to soar, according to Ian Drew, consumer editorial director at Billboard. He said Jackson’s estate has been smart about keeping his music relevant, but it could be diminished over those being “creeped out” by allegations.

Jackson’s nephew said his legacy will never be destroyed.

“No lie can destroy what was given to us as a blessing from God, and that’s what my uncle was,” said Sigmund “Siggy” Jackson, son of Jackson’s eldest brother, Jackie Jackson. “You can never destroy his legacy with a petty lie. He will be here. And even after God calls us home, his legacy will live on and never be torn down.”

Film producer Jodi Gomes agrees. She believes Jackson’s legacy will live on from this generation to the next, no matter what.

Gomes said the family had been working on a documentary on The Jackson 5’s 50th anniversary. The contract was ready to be signed with a network, but she said it backed out after “Leaving Neverland.”

Siggy Jackson said his uncle’s legacy will continue to win despite the “haters,” but understood the logic of some companies not affiliating themselves with anything Michael Jackson.

“That’s standard business. You wait until the heat burns down, so you can see after the smoke goes down,” he said. “I don’t fault anyone from backing off. But as far as the family, it doesn’t stop anything. The plans don’t stop. My uncle’s legacy will never go away. Our family will make sure of that.”