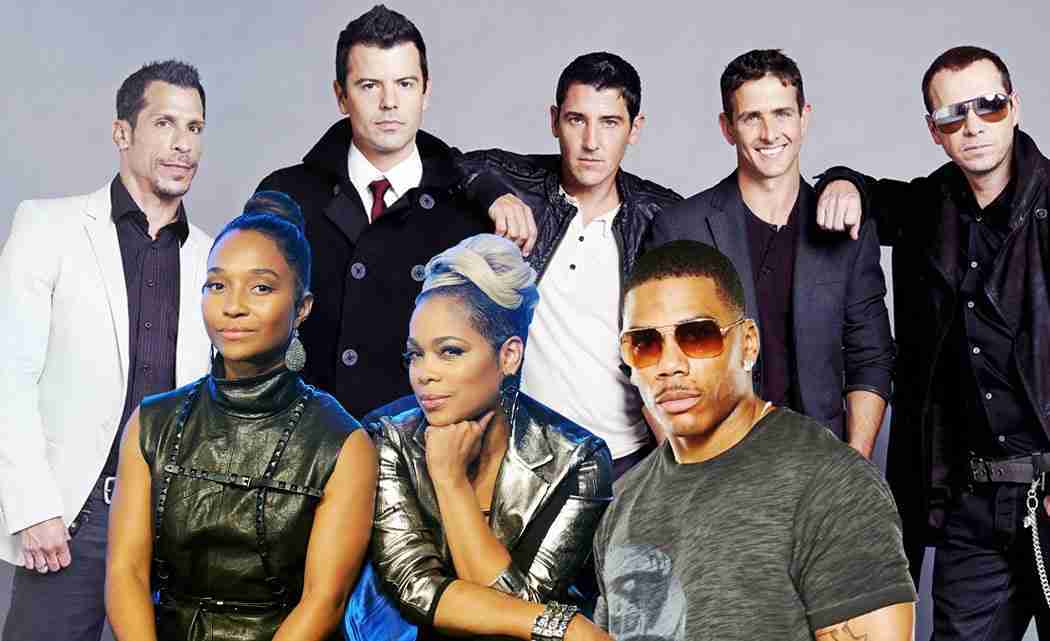 A trio of acts that topped the music charts in 1990s and early 2000s are headed to South Florida to take fans down memory lane with a concert at the BB&T Center.

The hip-hop group TLC, rapper Nelly and pop band New Kids on the Block are stepping into the ring tonight at BB&T Center for a concert titled The Main Event. The show starts 7 p.m. at BB&T, 1 Panther Pkwy in Sunrise.

The tour kicked off May 1 in Las Vegas, and is slated to run for two months. The headline act is New Kids, now called NKOTB, which is comprised of Donnie Wahlberg, Joey McIntyre, Danny Wood and brothers Jordan and Jonathan Knight.

The band announced the tour in January during appearances on Good Morning America and LIVE! With Kelly and Michael. The members followed up with promotional appearances on several syndicated entertainment shows and a huge presence in social media.

“We always have something special up our sleeves,” said Wahlberg. “Our fans keep asking us to come back out on the road, and we want to keep giving them what they want.  We wanted to make sure it was something new and fresh and fun and totally worthwhile for all of our supporters year after year.  This year, we are making it The Main Event.  And we promise it will be the ticket of the summer.”

With all-new and top-notch production elements, promoters say the tour is sure to be the ultimate summer concert ticket as promised. The highlights will include a 360-degree stage “in the round.” With no obstructions, the stage set up will offer optimal viewing. The bands have worked hard on the show and staging concept to make sure that everyone in the house has a part of the action, up close and center.

Multiplatinum performers TLC are working on their fifth and final album, which is being funded through a Kickstarter campaign that raised more than $400,000. NKOTB donated $10,000.

“We are thrilled to be able to join pop icons NKTOB and Nelly on tour. We are equally excited to be back on the road connecting with our fans in such huge arenas,” said TLC, which is made up of Tionne “T-Boz” Watkins and Rozonda “Chilli” Thomas. The third member, rapper Lisa “Left Eye” Lopes died in 2002.

Nelly lately has gained some notoriety in a couple of reality shows, one of which bears his stage name and the Real Husbands of Hollywood.