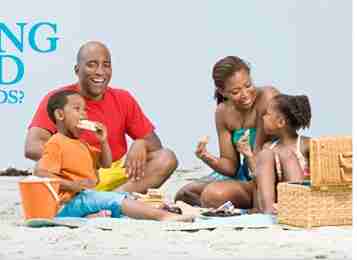 Some questioned my sanity: I was taking young children on a vacation abroad, mostly alone.

It was just the three of us – my infant daughter, 6-year-old son and me. We’d board a plane in Boston, fly to London and then take a train to Paris. We’d meet my husband, who was there on business, and spend a few days before I returned home alone with the kids.

How would I carry the constellation of luggage? What about the baby’s naps and the early bedtimes? Surely this is no way to experience Europe, friends said.

But I couldn’t quite let go of my adventure-seeking proclivities in life before children. I loved to travel to foreign cities and eat new foods. I was determined to keep doing those things.

While researching this trip, I found that my desire to bring the kids abroad was hardly rare among parents.

There’s debate surrounding what age children should be when traveling abroad. Some experts say it’s best to start around 5 if you want them to remember the experience.

“Traveling with children is an important part of education and it really strengthens the family bond,” said Konrad Waliszewski, who founded the travel planning app TripScout. “And travel can really stimulate a child’s curiosity.” Waliszewski, who lives in Chicago, has so far taken his 16-month-old son, Miles, to eight countries, including Egypt and Greece.

Among his tips for families new to international travel: Pack light, as in one or two sets of clothing per person. Leave the toys at home. And plan activities both you and your kids enjoy.

“People go too far and do only kid-friendly stuff,” he said. “Then they come home feeling disappointed with the trip.” BE PREPARED

With my children, there were plenty of bumps on our first international trip. When we arrived at the airport, an impatient traveler made snide comments about my kids and our stroller holding up the security line. There’s nothing you can do about rude people – they’re everywhere.

There are, however, steps you can take to significantly ease the stress of traveling.

The biggest inconvenience on the overnight seven-hour flight to London was that I had to hold the baby. I didn’t know airplanes had infant beds – at no additional fee. Going back home, I did get a bassinet and the baby slept in it most of the way.

Parents often worry that a child will become bored on long trips. Some rely on electronic devices to entertain children. I brought a set of noise-canceling headphones for my son and hoped the airplane entertainment system worked. If it didn’t, I reasoned, he could find something to do without a screen.

Viktoria Altman, a New York City-based travel writer and photographer, has been bringing her two boys – now 8 and 12- on trips to Mexico, the Caribbean, Ecuador and other countries since they were little. It’s gotten easier as they’ve gotten older.

“The first few times on a flight were challenging,” she said. Age six seemed to be when the boys could handle the trips better. They bring cards along, and watch the in-flight movies.

“American children are often used to being entertained all of the time,” Altman said. “It can be a challenge for them to accept that being bored is OK.”

No matter how well you prepare, there’s no way to completely eliminate travel stress for you and those around you, said Jodi Smith, who owns Mannersmith Etiquette Consulting in Marblehead, Massachusetts.

When traveling with infants and toddlers, “anything that can happen will happen,” she said, including spills, screams and dirty diapers. The latter, by the way, should never be left on the plane.

“Get a plastic bag and take the dirty diaper with you,” Smith said.

Be polite to flight attendants, hotel staff and others. Hopefully you’ll find kind ones.

“If you’re traveling by yourself with a toddler and you must leave Cheerios all over the floor, apologize to the flight attendants pro. fusely,” Smith said.

But there’s no need to apologize for bringing your young child on a trip. Some parents have taken to making goodie bags filled with snacks for fliers sitting near their young child. Inside the bag, there’s often a note of advance apology for any annoyances the kid might cause.

“Parents have enough to do,” she said.