Up close with Leesa Richards 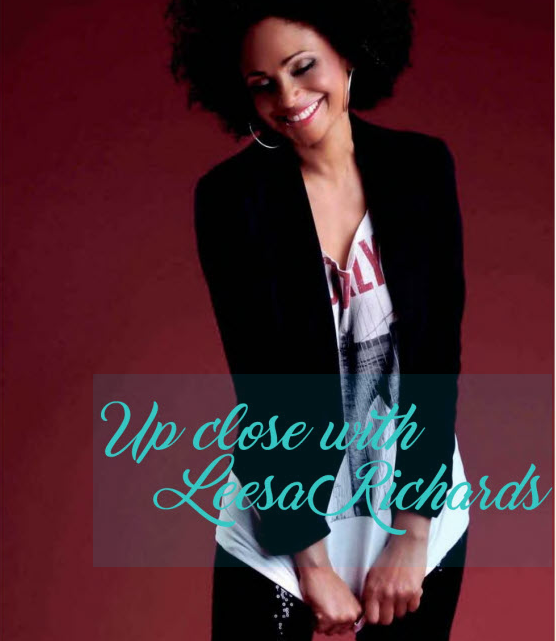 Leesa Richards is a treat for the eyes and ears, and many of her fans might also say the soul. The songstress with the model’s good looks and the sultry, full voice has been on South Florida’s music circuit for years bringing class and elegance to whichever stage she graces. Her masterful cover of Stormy Monday is remarkable and her soulful rendition of India. Arie’s Strength, Courage and Wisdom really and truly inspires listeners to become stronger, more courageous and wiser.

The South Florida Times caught up with the busy singer to find out what she’s up to and about her plans for the future.

SFT: When did you know that singing was your passion?

LR: Singing sort of snuck up on me. My initial training in the arts was as a dancer. Early in my career in New York I auditioned and was chosen to go with a group of performers to Monte Carlo for the summer. We did a variety of musical theatre productions and in one of them I was given a solo, Somewhere from West Side Story. It was my very first solo and I was terrified but it was really well received and led me to further explore singing as a career.

SFT: What has been the highlight of your career?

LR: That’s hard to say because each experience has been so new, different and important to who I’ve become as an artist. I toured as a dancer with Whitney Houston and as Mary Magdalene in the musical, Jesus Christ Superstar.

When I moved to Miami, I was immersed in the Latin music scene thanks to tours with Julio Iglesias, Jon Secada and Gloria Estefan. Several years ago I was called to do a recording session that Barry Gibb of the Bee Gees was producing for Barbra Streisand and was later asked to be a part of his band when he began touring. These and many other experiences, including collaborations and gigs with really amazing Miami based musicians have been important developments. I would have to say the most exciting was writing and producing my own CD Mother’s Child several years ago. Even with those great experiences, I honestly don’t believe I’ve hit THE highlight because there’s so much magic yet to create! SFT: Where do you see yourself in 5 years?

LR: I’ve just begun writing material for a new CD and hope to do some touring with my own band in the near future. I have also become involved in advocacy for the rights of music creators through my position as a board member for the Florida Chapter of the Grammy Organization. I plan to continue working for fair compensation for musicians and other issues that are important to both the local and national music community.

SFT: Anything else you’d like our readers to know?

LR: Yes! We live in a city with world class musicians and singers in a variety of styles. It’s something special about South Florida that we tend to take for granted. Please go out and explore and support your local artists! You won’t be disappointed!

Leesa Richards and Trio will perform on Saturday, June 18 at 9 pm at Ollivier’s Jazz & Live Entertainment Club, 777 NE 79 Street in Miami. The club is a multifaceted entertainment complex with wine tasting, a game room and a full bar with premium liquors. Valet parking is available. Reservations are suggested. For more information, call 786-323-7890.

Next post If you can't take the heat, you don’t belong in the kitchen