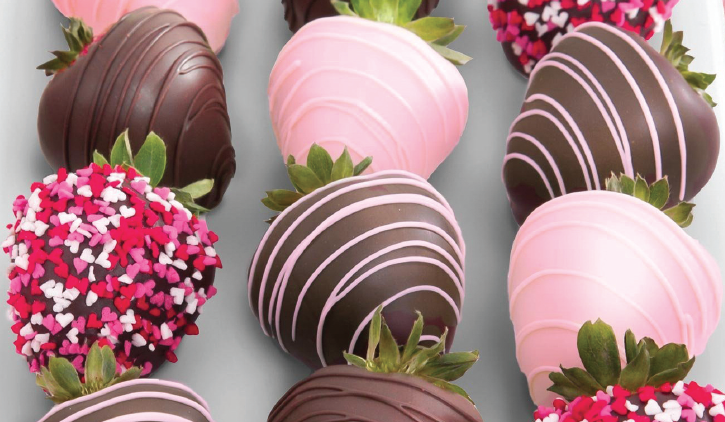 Peggy Joseph’s story has the ingredients for a made-for-TV movie. Woman stumbles into idea for a small business; starts the business and begins to see some success but ends up serving a federal prison term over an unbelievable charge. Woman uses her time behind bars to self-motivate so that she not only resumes her business, but takes it from a humble home-based operation to a bricks and mortar company that is getting rave reviews.
Joseph, 38, recently talked to the South Florida Times about Titi’s Treats, how a simple mistake landed her in hot water with the government and the role that her thoughts and fear played in her decision to start her business.

How did you start Titi’s Treats?

I started off working in a dentist’s office and I needed extra funds. I found a little kit at Big Lots that showed you how to carve shapes out of watermelon. It was pastor’s appreciation week at my church, so I gave my pastor a fruit arrangement. After church a young lady came up to me to ask how much do I charge for that. In my mind, I started calculating the price of the fruit so I could make a little profit, she said, ok, I’ll take three and that’s how I started.

Did you begin on a part-time basis?

When the young lady purchased the arrangement, I said, ‘I’m going to quit my job, this is it, I found my niche.’ I quit my job at the dental office the following month with my last check of about five hundred dollars.

Four years later, you were serving time in federal prison. What happened?

So you were sentenced for completing a form incorrectly?

What was your state of mind while locked up?

While I was in prison the whole time, I said ‘this can’t be my life.’ I counted down every day. While I was there, I did plan. It brought light to ‘when I get out of here, I have to hit the ground running. I cannot let this hold me back or keep me down. This is something that can’t stop my life.’ I’ve
your life, but it will change it.

You went from running the business at home to opening a store in North Miami Beach. What was the timeframe involved?

When I got out in 2012, I hit the ground running. I did it from home for a while, saved up a little money then opened the store in North Miami Beach (16468 NE 16 Ave.) in November, 2014. I also opened the store because I had a little difficult time finding a job

It is a new business so I just have to get the word out there more, considering I haven’t done any real marketing, we’ve doing really good. Word of mouth and social media are amazing and very important to us. Neki Mohan from channel 10 started following us on Instagram, which I was totally unaware of, she called me said she wanted to feature us on channel 10. We’ve had quite a few blessings since that unfortunate situation.

What has your experience taught you about the power of your thoughts?

Has fear been an issue for you, and if so, how do you deal with it?

Fear did come up quite a bit, but fear couldn’t stop me. Whatever fear came my way, I had to pray or meditate. You can be scared but you have to move forward. You have to want it bad enough and I wanted this really badly.

Have you ever thought about giving up?

What did your experience teach you about yourself?

What do you want our readers to know about Titi’s Treats?

I just want them to know that we’re here. (Titistreats.com) They have an option. If they give us a try, I can guarantee they’ll come back. We want to deliver smiles all over South Florida.

Next post Six tips to a relaxing shower space