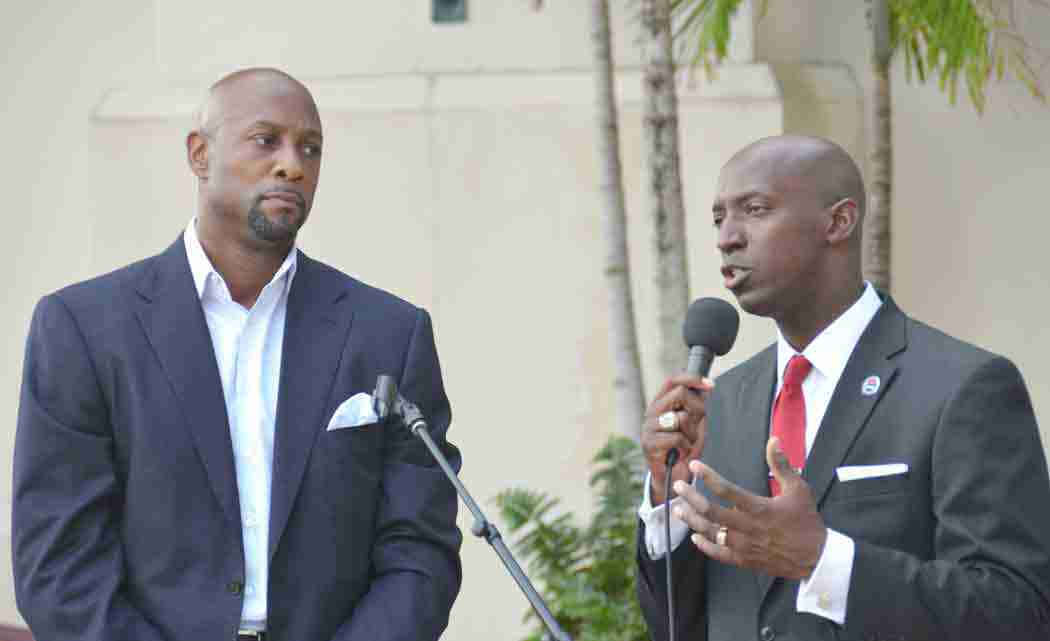 SOUTH FLORIDA — For more than a decade, Alonzo Mourning’s Summer Groove was the talk of the town; some might say the nation. After a hiatus, the Groove is back with a new season, venue and format.

The inaugural edition of Zo’s Winter Groove will start Saturday with events in both Miami-Dade and Broward counties. The activities bear the name of Mourning, former Miami Heat superstar and the 2014 Naismith memorial basketball hall of famer, as well as the Mourning Family Foundation.

“For fifteen summers, my wife and I produced the one-week fundraising event Zo’s Summer Groove and raised more than $10 million during its tenure,” said Alonzo Mourning. “Now after three years, as the Mourning Family Foundation, we can’t wait to create yet another signature Groove. And there’s no better place than Miami to do so. Not only is it America’s winter playground, but it is my home.”

Other than the name, however, there are few similarities to the Summer Groove – though it is billed as the sister event. Whereas the summer version had several community-based free activities based in Overtown,

Organizers say the Winter Groove — also known as ZWG — is a major fundraiser for Mourning Family Charities, the chief sponsor. The nonprofit offers a variety of programs during school, after-school, weekends and summer time, including arts, tutoring, physical fitness, health care and nutrition, and family-oriented activities.

“Zo’s Winter Groove is excited to present our Family Health & Wellness Groove with free admission for children and families to enjoy a wonderful day of fun, games and fitness,” said Bill Diggs, executive director of the nonprofit organization. “The Comedy Groove and the Golf Groove are ticketed events because ZWG is a fundraiser and this is how we raise the $2 million it takes to feed and service 500 kids every day.”

This Groove features a Family Health & Wellness Groove on Saturday, a Comedy Groove on Sunday, and a Hall of Fame Golf Groove on Monday, hosted by Alonzo and Tracy Mourning.

The first event, organizers say, recognizes Mourning’s recent appointment to President Obama’s Council on Fitness, Sports and Nutrition. Activities will include a 5k run/walk, football and basketball clinics, fitness classes, and health screenings; the event will be co-presented by the City of Miramar at Miramar Regional Park, 6801 Miramar Pkwy, Miramar.

The weekend “Groove” will then wrap up with Zo’s Hall of Fame Golf Tournament at Turnberry Isle Resorts & Golf Course, 19999 West Country Club Drive, Aventura, FL 33180, on Monday, Dec. 29th. The tournament will feature over 80 golfers, Groove Golf Ambassadors, “Hall of Famers” and tastemakers from sports, music, television, motion pictures and business, including NBA legend Julius Erving and NFL Pro Bowlers Cornelius Bennett and Bruce Smith. All monies raised on the green will directly affect the lives of young children and families in the greater Miami area.